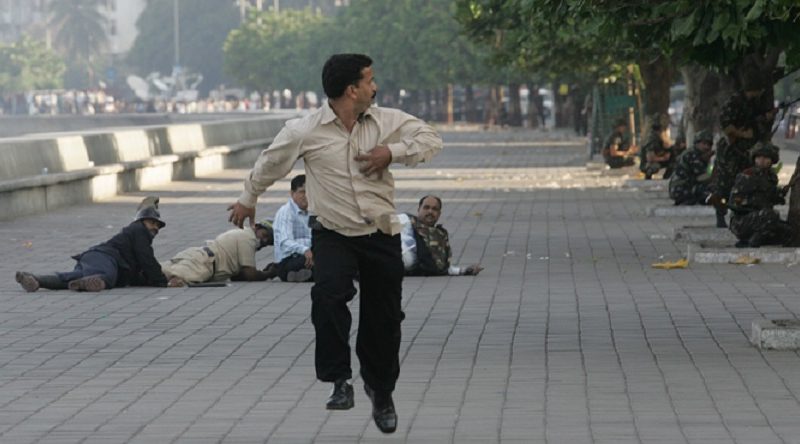 INDIA led by Prime Minister Narendra Modi shared the agony of the families of 166 people who were killed and 300 others injured in a dastardly attack carried out by the Pakistani terrorists on Mumbai  on November 26,2008.The victims also included the security personnel who tried to nab them. Of the ten dreaded terrorists, nine were killed by them and only, Mohammed Ajmal Kasab was nabbed by the duty bound security people. The grateful nation paid homage to the martyred police and security officials. Memorials were organised at the six targeted sites, including the Chhatrapati Shivaji Maharaj Terminus (CSMT), Hotel Taj Mahal Palace, the Oberoi Hotel, Jewish Outreach centre Nariman House at Colaba in South Mumbai .“Our solidarity with the bereaved families. A grateful nation bows to our brave police and security forces who valiantly fought the terrorists during the Mumbai attacks”, said PM Modi. The day began with Maharashtra Governor Ch Vidyasagar Rao, Chief Minister Devendra Fadnavis, Cabinet Ministers and top officials visiting the Martyrs’ Memorial in south Mumbai and offering wreaths and floral tributes to the police and security officials killed while fighting the terrorists. As in previous  years, memorials were held at  CSMT, Hotel Taj Mahal Palace, The Oberoi Hotel, Jewish Outreach centre Nariman House at Colaba, the Leopold Café and Cama Hospital, all located in south Mumbai.Assistant sub-inspector Tukaram Omble, who was killed while capturing alive the Pakistani gunman Mohammed Ajmal Kasab, was fondly remembered on the occasion.Omble was instrumental in catching Kasab alive at Gairgaum-Chowpatty on the night of November 26,2008.  Omble had held onto Mohammed Ajmal Kasab even after he had been grievously injured by bullets pumped into him by the latter. Omble was rushed to the hospital. 166 people were killed and 300 others injured.“After the attacks, Mumbai’s security has been accorded top priority. The metropolis is now under strict CCTV monitoring and we are committed to intensify our war against terror,” Chief Minister Fadnavis said. Maharashtra Congress president and former Chief Ministers and senior Congress leaders Ashok Chavan and Prithviraj Chavan were among those who  paid tributes to the martyrs and victims and said “the nation and its people would never forget the extreme sacrifices of their heroes in defending the nation.”State NCP chief Jayant Patil, Leader of Opposition in Council Dhanjay Munde, and other senior leaders including Ajit Pawar visited the 26/11 martyrs memorial at Chowpatty and paid homage on Monday.“My tributes to the victims and brave martyrs of dastardly 26/11 Mumbai terror attacks on its 10th Anniversary. we will continue to seek justice for their families and friends. India will defeat terrorism,” Minister for External Affairs  ter Sushma Swaraj said  on Twitter.Union Home Minister Rajnath Singh tweeted: “Today, as the nation observes the 10th anniversary of the terror attack in Mumbai in 2008, we feel the pain of the families who lost their loved ones in that dastardly attack. I salute the courage & sacrifice of our security forces & Police who fought bravely against terrorists,” Mr Singh said.Meanwhile, a permanent memorial was unveiled on the terrace of the Chabad House,better known in the past as Nariman House at Colaba and the structure came to be renamed as Nariman Light House’ on the occasion of the 10th anniversary of 26/11 attacks. Newly-appointed Israeli Ambassador to India, Ron Malka and Chabad House Rabbi Israel Koszlovsky inaugurated the refurbished ‘Nariman Light House’ and the ‘Nariman Lighthouse Memorial’ on the five-storied building rooftop at a solemn function. This was Malka’s maiden engagement in India after his appointment. He was accompanied by the deputy head of the Israeli mission in New Delhi, Maya Kardosh.The first phase of the ‘Nariman Lighthouse Memorial’ includes a plaque with the names of all the 166 victims of the 26/11 terror strikes, a gently flowing fountain in an artificial garden signifying the flow of life, purification and regeneration, and six planks signifying the prime targeted locations. Mumbai has several other memorials to commemorate the 26/11 terror strike martyrs and victims including at the Hotel Taj Mahal Palace & Tower, Hotel Oberoi, Chhatrapati Shivaji Maharaj Terminus and the Girgaum Chowpatty.However, the Nariman Lighthouse Memorial is the only place in Mumbai where all the victims are being honoured and the memorial shall open for public viewing shortly, the Rabbi announced.“The Nariman Lighthouse Memorial will be a beacon of light to all… symbolic of the fact that there is a light at the end of every tunnel and it is only through positivity that the message of peace can be spread to humanity,” Rabbi Kozlovsky said. It may be recalled that the lone surviving terrorist – Ajmal Amir Kasab –involved in the carnage was apprehended and was put to trial.His conviction and death sentence was upheld by the Supreme Court of India after which he was hanged on November 21, 2012.But masterminds are still at large (pic courtesy goes to The Hindustan Times). 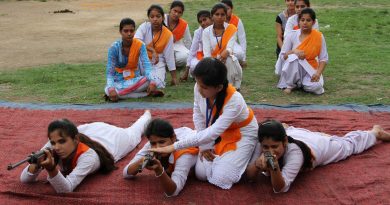 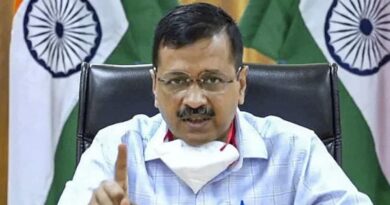