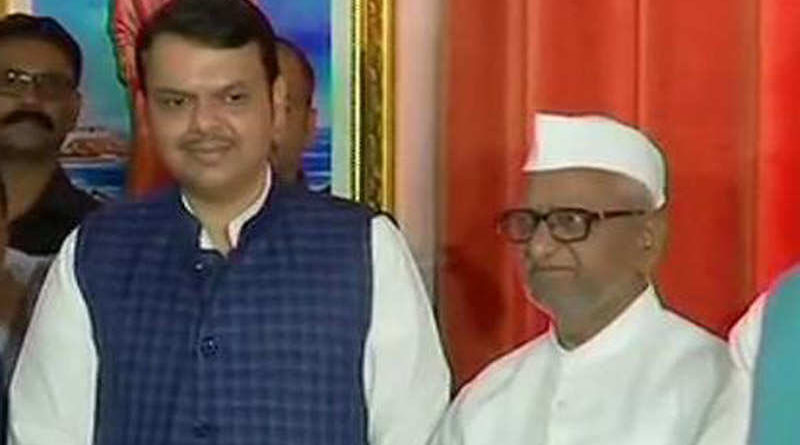 MAHARASTRA Chief Minister Devendra Fadnavis and two Union Ministers on Tuesday met social activist and Gandhian Leader Anna Hazare in his native village in Ahmednagar’s Ralegan Siddhi and urged him to call off his indefinite fast. The 81 years old social reformer commenced fast on January 30 demanding   appointment of an anti-corruption watchdogs, urgent measures for resolving agrarian crisis and other issues. He has lost about 4.30 kg weights due to the fast, doctors said. Union ministers Radha Mohan Singh and Subhash Bhamre and Maharashtra minister Girish Mahajan were also present. The chief minister requested Hazare to call off the fast. “Anna has expressed his disappointment with the Central and state governments over appointment of Lokpal and Lokayukta. If Fadnavis proposes something concrete, then only is there hope for a solution,” an aide of the activist said.Hazare began his fast demanding appointment of Lokpal at the Centre and Lokayuktas in states where such statutory anti-corruption watchdogs do not exist, and resolution of farmers’ issues. He has also been demanding implementation of the Swaminathan Commission’s recommendations to address agrarian distress and electoral reforms. Locals who observed a bandh  to show support for Hazare’s agitation restricting  entry of government officials to the village on Tuesday. The anti-graft crusader earlier said if the Modi government does not fulfil its promises, he would return his Padma Bhushan award. Hazare on Monday claimed that senior BJP leaders who once vehemently backed his Lokpal demand had turned ‘allergic’ to it after coming to power and accused the ruling dispensation of betraying people who voted it to power in 2014.”During my Ramlila Maidan agitation on Lokpal and Lokayukta, the entire country stood up. An atmosphere was created. That is the reason why you (BJP) came to power. Now you are betraying the people who brought you to power,” Hazare said.” Leaders like Arun Jaitley and Sushma Swaraj had once vehemently defended the Lokpal demand in Parliament. But after coming to power, they are mum over it. It looks like they are allergic to Lokpal and Lokayukta. The agitation brought them to power but they have forgotten it,” Hazare said.MNS chief Raj Thackeray and water conservationist Rajendra Singh met Hazare on Monday and extended  support to his agitation. Thackeray asked him not to sacrifice his life for the “useless” government. Shiv Sena chief Uddhav Thackeray, whose party is an ally of the BJP at the Centre and in Maharashtra, has also extended his support to Hazare.(pic courtesy ANI Twitter) 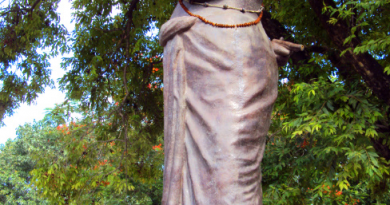 CHANDRASEKHAR Azad and the Soul of India’s Freedom Movement 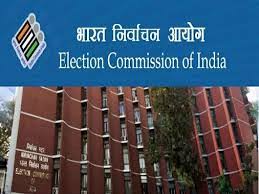 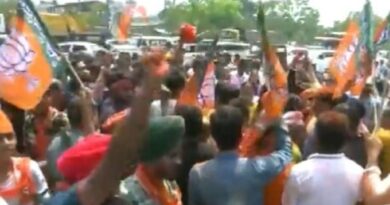