JUSTICE Jasti Chelameswar of the Supreme Court of India superannuated on Thursday after attaining age of 65.Independent minded, Chelameswar (middle in the PIC) belonging to Krishna district of Andhra Pradesh, started his career as a lawyer before joining the Bench. He was Chief Justice of the Guwahati High Court before his elevation to the country’s highest judiciary on October 10, 2011.He was the second senior most Judge of Supreme Court after Chief Justice of India Dipak Misra, a native of Odisha. He is due for retirement on October 2018. The bar & Bench reports  before Court No 2 rose for lunch on Thursday , Senior Advocate Shanti Bhushan paid heartfelt tribute to Justice  Chelameswar on the eve of his last working day as a Supreme Court Judge. Bhushan praised Justice for his courage, conduct, judicial approach and uprightness, and said that he is one of the greatest judges the Court has produced. The former Law Minister compared him with late Justice HR Khanna and Justice Chelameswar. Both of them despite being upright judges  retired from Court 2 and had not the opportunity to make their way to the Chief Justice’s Court.“He (Justice HR Khanna) sat in court room 2 and people talk about him all the time. His portrait is here. I am sure yours will be here soon”, Bhushan said to Chelameswar Bhushan ended his tribute by saying that in his forty years of practice, Justice Chelameswar is one of the greatest judges that he has had the fortune of appearing before. Senior Advocate Dushyant Dave joined in and said that it has been a privilege and pleasure of the Bar members to appear before a judge like Justice Chelameswar, adding that Bhushan’s tribute was befitting of a great judge. Justice Chelameswar, visibly moved by these tributes in his honour, thanked the members of the Bar, Bhushan, and Dave. He also apologised for being harsh on the Bar at times.“In the last 6 years and 10 months if I have been angry and unreasonable, it was not intentional and not because I had anything personal against anyone. It is only because of the lack of preparation or such reasons. I apologise if I hurt anyone’s feelings. He had earlier refused to accept an invitation to a farewell function that was to be organised for him by the Supreme Court Bar Association. Meanwhile, The Supreme Court Collegium has again deferred decision regarding elevation of Uttarakhand High Court’s Chief Justice KM Joseph to the Supreme Court. The Collegium met in the Supreme Court on Thursday and had a long discussion before deciding to defer the issue for the third time. However, the Collegium also resolved that the said reiteration should be accompanied by the recommendation of the names of Chief Justices of High Courts for elevation as Judges of the Supreme Court, for which, it stated, a detailed discussion is required. The Collegium had first recommended the name of Justice KM Joseph for elevation to Supreme Court along with the name of Justice Indu Malhotra, on January 10 , 2018..After more than three months, the Centre cleared the file of Indu Malhotra and notified her appointment to the Supreme Court on April 26.However, it refused to clear Justice Joseph’s file sending it back to the Collegium with a 6-page explanatory note on why it did not want him to be elevated to Supreme Court opining that he is 42nd  in terms of seniority  . As many as 11 Chief Justices of High Courts are ahead of Justice Joseph in order of seniority, GOI says.(With inputs & image from Bar & Bench) 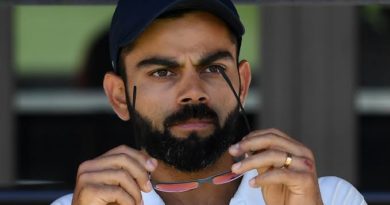 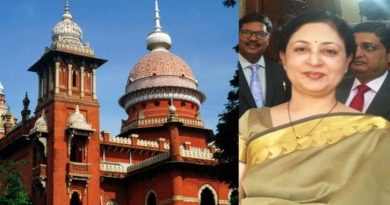 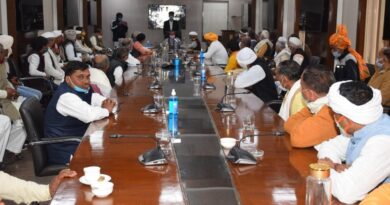