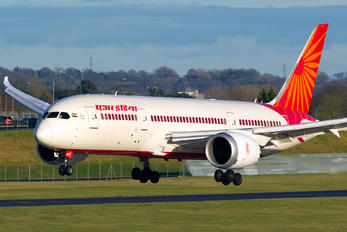 GOI has  not given up  the plan   to auction  the  New Delhi  headquartered state-run carrier Air India after it failed last year in its attempt to sell a 76 per cent stake in the loss-making Airline due to lack of interest from bidders. It will make fresh bid with attractive an alternative proposal soon. The government injected INR 3,975 crore in debt ridden airline in the fiscal year that ended 31 March and hived off some debt, Livemint says .The Ministry of Civil Aviation said on Thursday that the carrier was ready for sale. Two senior Air India officials said that the final financial results for FY19 are expected to be issued within a fortnight. “At present, the results are being audited,” said one of the officials requesting anonymity adding that the airline expects to report an increase in revenue during fiscal 2019 as it carried more passengers during the period. “The losses (for FY19) are due to higher exchange rate, oil prices and higher interest burden on existing debt,” said Livemint quoting another Air India official requesting not to be identified. Minister for Civil Aviation Hardeep Singh Puri informed Parliament earlier on Thursday  that   economic environment was  not conducive for Air India sale in immediate future. “In view of volatile crude prices and adverse fluctuations in exchange rates, the present environment is not conducive to stimulate interest amongst investors,” Puri said. The government will revisit the sale once global economic indicators including oil prices and foreign exchange condition stabilize, he added. Asked about plant to sell the airline’s properties across the country and transferring the non-operational assets to a government-approved special purpose vehicle (SPV), sources said “We missed the target of ₹500 crore that was to be raised through the sale of land assets in FY19. During FY20, we have a similar target and we are hoping to achieve it this time.” “However, a lot of properties that were earlier entangled in legal issues and couldn’t be put under hammer have now been sorted out. Almost all title deeds for our real estate meant to be put on auction are in place,” Livemint said. Air India seeks to sell its real estate assets to raise funds after a failed attempt in 2018 by the government to privatize the loss-making carrier. Former aviation minister Suresh Prabhu said earlier this year that the government would impose strict riders on fresh investments in Air India to make the airline financially attractive before starting a new divestment process. The government is likely to sell its entire stake in Air India if it revisits the privatization of the national carrier to attract more bidders, according to media reports.(edited by Pranab Kumar Chakravarty) 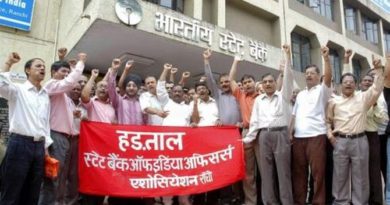 BANKING Services Disrupted As Employees Are On 2 –Day Strike 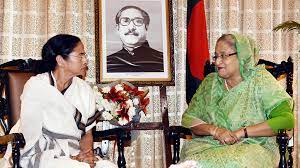