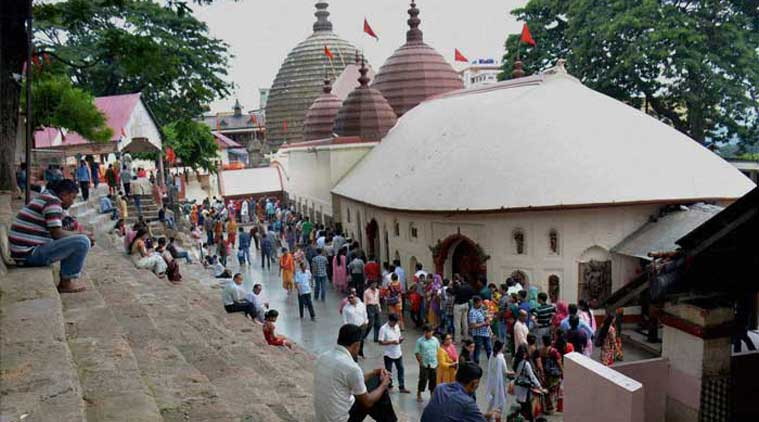 FIVE -day annual Amubachi Mela held in the famed Kamakhya Temple in Guwahati from June 22   has ended as the doors of the Kamakhya temple were reopened for the devotees after a gap of four days. The Amubachi Mela symbolises the fertility cult of goddess Kamakhya. Lakhs of devotees, including Governor Jagdish Mukhi and Chief Minister Sarbananda Sonowal, paid their obeisance to the Mother Goddess on the occasion. It is one of the oldest of the 51 Shakti Pithas of the Hindu faith situated on the Nilachal Hill in western part of the North-east’s premier city. Kamakhya is the main temple in a complex of individual temples dedicated to the ten Mahavidyas: Kali, Tara, Sodashi, Bhuvaneshwari, Bhairavi, Chhinnamasta, Dhumavati, Bagalamukhi, Matangi and Kamalatmika. Amubachi is considered special significant in the religious as well as administrative calendar of the NE state for ages. An estimated 35 to 40 lakh people every year participate in the religious fest. CM Sonowal was among the early visitors after the reopening of doors. The Governor along with his wife also visited the shrine dedicated to Sati, the first consort of Lord Shiva .Talking to the media persons, he said that he was happy to be a part of the Amubachi festival and wished for peace and prosperity of Assam. Several senior officials of various departments of the State government also visited the temple and thanked the devotees for cooperating with the administration in managing the entire affair hassle free .Amubachi considered t an auspicious time to connect with the divine power through meditation. Anandji Maharaj comes every year to Guwahati from Rajasthan for meditation and stays at the house of a local panda (priest).”Over the years, the management and cleanliness of the temple and its surroundings have improved a lot. It’s a small place, yet miraculously hosts lakhs of devotees. Along with the administration we visitors also have a role to play to maintain its clean and green surroundings,” he said Some  local NGOs came out for assisting the administration as well as offering free services to the devotees. Niska (Honesty) president Samit Choudhury distributed free medicines, food, clothes and water among them.As part of the rituals, the temple was opened at sunrise, and special bathing and puja were held inside the main temple. Priests say as Amubachi festival symbolizes the annual menstruation cycle of the Mother Goddess, the anga vastra or the rakta vastra is  kept inside the sanctum sanctorum is distributed as prasad among the believers. During Amubachi other temples of the State refrain from holding puja and other religious rituals.Nibritti, the purifying ritual inside the temple, was held at 7.51.58 am today, after which the doors of Kamakhya and other temples were opened. Many   devotees would stay back for a couple of days more visiting other temples and places of interest in Guwahati. The Assam Tourism Development Corporation (ATDC) has also registered nearly one lakh devotees coming from outside the State. The data would be compiled and analysed for a targeted policy to promote religious tourism of Assam in other states of the country.CM Sarbananda Sonowal personally supervised the arrangements to ensure that all pilgrims go back satisfied  and  they have no complaint.(with inputs from The Assam Tribune) 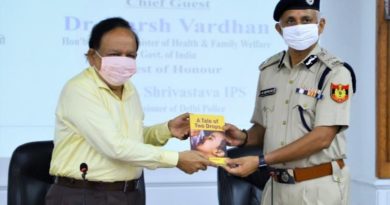 PLASMA donation will be promoted as a national movement for treatment of COVID patients: Dr Harsha Vardhan 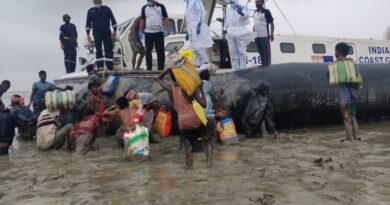 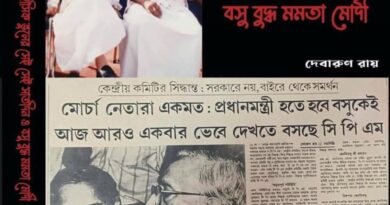