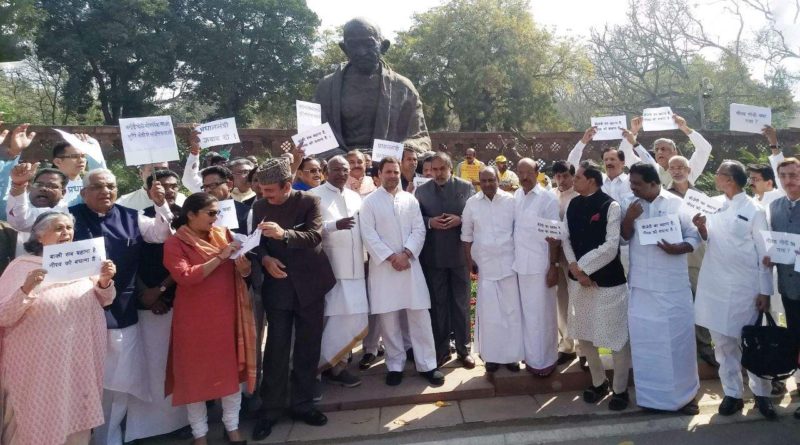 THE two Houses of Parliament were adjourned for the second day on Tuesday due to sloganeering by the Congress holding the Government responsible for the countries biggest-ever bank fraud committed in the state owned PNB and the MPs from Andhra Pradesh demanding special package for the southern State. Diamond merchants  Nirav Modi and his maternal uncle  Mehul Choksi accused of duping the PNB of 12,700 crore  INR  have fled the country and the CBI  probing the case .Trying to turn the table on the biggest opposition, BJP alleged the erstwhile UPA government headed by the Congress  has shown undue favours to the Gitanjali firm floated by Choksi.

Tuesday was the second day since Parliament met to conclude the 2018-19 Budget Session. The Lok Sabha witnessed uproarious scenes with Congress, TDP, TRS and AIADMK Members trooping into the well of the House.Question Hour were washed out due to noisy scenes. After the House reassembled, Congress members trooped into the well again, as TMC members sought to know about the whereabouts of ‘chhota Modi’. TDP members demanded a special package for Andhra Pradesh while TRS from Telengana sought higher reservation quota in the State as proposed by Chief Minister K Chandrasekhar Rao. Before coming to the Lok Sabha and the Rajya Sabha, they staged demonstration in the Parliament House Complex carrying placards. But the ruling BJP is not sitting quiet. After humbling the main Congress and Left in the three north- eastern States of Meghalaya, Tripura and Nagaland in the recent assembly elections, it felt embolden. It has launched a scathing retaliatory attack against the Congress using the “80:20” scheme launched by the previous UPA government ahead of the 2014 Lok Sabha elections.

“Chidambaram and Rahul must answer why was this (80:20 scheme) passed on the day of the results to benefit these seven private companies? Who were the lobbyists putting pressure on the government,” Prasad questioned as he went on to recount the “list of scams and frauds” under the UPA. Around August 2013, the then UPA government introduced the 80:20 rule that was scrapped after the NDA came to power in 2014. “That is why the Congress is anti-reforms. Because whenever there is a reform, there will be transparency and accountability. That is the reason why the Congress is indulging in politics of lies and fear,” he alleged.

Riding high on the electoral success in the North-East, he also called as “illusionary” efforts to build a new “federal front”. The country’s polity has moved much beyond the “murky world” of Third Front, he said. Prasad said the BJP had the support of 23-24 parties because it was “sensitive to the needs” of its allies and “accommodative without being prejudiced” in nature. (Image: courtesy The Indian Express) 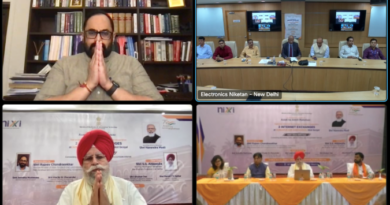 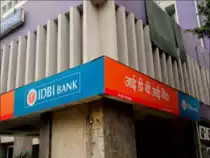 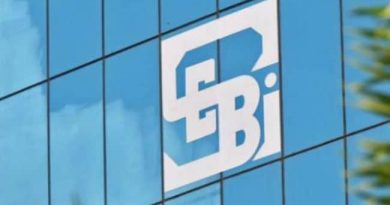