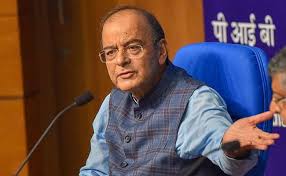 FINANCE  Minister Arun Jaitley, lawyer turned politician, has defended  the constitution  amendment bill seeking to give 10 per cent reservation to  economically weaker sections in government jobs and educational institutions saying  it  does not contravene the basic structure of the Constitution .The  move is  the single greatest recognition for the poor in the general category, he said and   had a dig at the main opposition party Congress for  grudgingly supporting the Constitution Amendment Bill. Caste in India was considered as a key determinant of either social or historical oppression as in the case of the Scheduled Castes and Scheduled Tribes or a determinant of social and educational backwardness as in the case of the Other Backward Classes, he said in his Facebook blog.”Poverty, however, is a secular criteria” and it cuts across communities and religions,” he said adding that “poverty as a criteria for a carve out does not in any way contravene the basic structure of the Constitution”. The union minister noted that the original Constitution in its Preamble mentions equality of opportunity and justice for all whether political, social or economic to be ensured by the state. The Preamble expresses the intent of the Constitution framers, he added as some people   have filed petition in India’s Supreme Court to challenge the bill. They contend that the Supreme Court has fixed 50 per cent as the maximum ceiling on reservation in jobs and educational institutions. In the Indra Sawhney case, Jaitley said the Supreme Court had categorically mentioned that 50 per cent criteria applies only to the caste-based reservations envisaged in Article 16(4) of the Constitution. Nonetheless, the Prime Minister’s decision to force an agenda for poverty based reservation is “the single greatest recognition/concern” for poor across the general categories and the need to eliminate poverty.

“The principal opposition party showed only lip sympathy for the measure and grudgingly supported it while poking holes in the same,” the minister said.The also highlighted other government’s initiatives like housing for every rural poor, universal health scheme – Ayushman Bharat, and interest subvention, for economic upliftment of the poor. Speaking about relief measures for the middle class, Jaitley said that in the last five years, not a single tax has been increased, GST has been brought down on most commodities, and income tax relief has been provided. Commodities have been made cheaper, even though the revenue sacrificed now after the rates revision would be close to Rs 1 lakh crore, he said.”This is the first time that during the five-year tenure of a government a Rs 2 lakh crore annual tax rebate for both direct and indirect taxes is given to the middle class tax payer without a single tax being increased,” Jaitley said.”There is a method for economically empowering the poor. Their purchasing power has improved. This helps trade and businesses which impacts positively on the economy.”This is the first five year tenure of a government where India has consistently remained the fastest growing economy in the world,” he said. 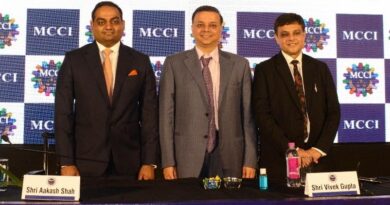 RCEP is NOT in India’s interest, says Sanjeev Sanyal 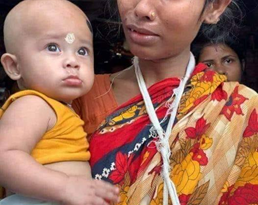