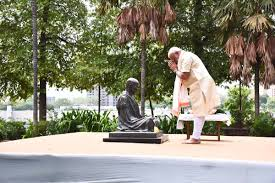 DESPITE Mohandas Karamchand Gandhi born in the middle of 19th century and we are in the 21st century, his memory lives with us. The Father of the Nation never ceases to amaze young and old how such a simple and humble human being like any one of us could reach such unattainable heights. His selfless deep thinking for the common good elevated him to such a peak.  When Gandhi entered the scene of Indian National Movement, he was nearly fifty years old. He gained experience over more than two decades, working for the common cause of Indians in South Africa, adopting different political tools such as Satyagraha, non-violence and civil disobedience, besides the earlier process of appeals, petitions and pleadings. His struggles in South Africa helped him gain familiarity and initial acceptance in India.  But the Indian political scenario was completely different. The politicians were more westernised in mindset, social and political activities and even in personal habits and ways of dressing. Gandhi was already familiar with the westernized western trend of moderates and the so-called extremists who reacted to the increasing westernisation but remained stuck to the western method of opposition through guns and bombs. Gandhi came to India in 1915, not knowing what future lay in store for him. On the advice of Gopal Krishna Gokhale, Gandhi toured India to gain first hand self-experience. Gandhi’s simple dress gave signals to the public that he was approachable. His deeds in South Africa generated hopes with the common people to identify him as their Saviour. There were three incidents –Champaran in Bihar, Kheda in Gujarat and also at Ahmadabad — that identified Gandhi a political trend setter in India.  Champaran involved the sufferings of indigo planters at the hands of British. Gandhi on reaching Champaran was expelled by the Commissioner, but he refused and preferred punishment for his defiance of the law. This was unusual in British India, for Bal Gangadhar Tilak and Annie Besant, when expelled from a particular province, obeyed orders, even though they organized public protests against the expulsion orders. ‘To offer passive resistance or civil disobedience to an unjust order was indeed novel.’ (Bipan Chandra, India’s Struggle for Independence, p-178). Finally, the local government not only allowed him to proceed but appointed him a member of the Inquiry Commission. Similarly, in Kheda, peasants suffered from failure of crops and their appeals of remission of tax were ignored by the government. Gandhi advised them to withhold revenue, to fight ‘unto death against such a spirit of vindictiveness and tyranny’ and show that ‘it is impossible to govern men without their consent’. All peasants, who could pay and could not, were asked to pledge that they will forgo the tax. But Gandhi did not hesitate to withdraw the agitation after the condition of the peasants worsened. In Ahmedabad, a dispute was brewing between the mill workers and the mill owners of Ahmadabad over the withdrawal of Plague Bonus. The owners wanted to discontinue the bonus when the epidemic had passed while the workers wanted that to be continued, to compensate the hike in prices due to the World War I. Here the British Collector himself approached Gandhi to bring pressure on the mill owners and work out a compromise to avoid shutdown. Gandhi persuaded both the workers and the owners to agree to arbitration by a tribunal. But the mill owners breached the agreement which Gandhi took it as a serious issue and advised the workers to go on strike and insisted that no violence be used against employers. To encourage the workers, he took on a fast and promised he would be the first to starve, if needed. This brought pressure on the mill owners and they submitted the issue to a tribunal. The strike was withdrawn and the tribunal awarded 35% increase which the workers had demanded. There is a common thread in these three events. Gandhi provided leadership to economically lower classes. Gandhi made a systematic study of the issues involved and made decisive impact through his policy of civil disobedience and non-co operation. For the first time in Indian politics, a politician had addressed the sufferings of marginalized Indians. These events set the tone for the Indian freedom struggle acquiring an inclusive character. Gandhi gave leadership to all sections of the people of India, irrespective of caste, colour and creed, in the struggle for freedom. This was a political watershed. He set a new paradigm of leadership. He laid the foundation of a true democratic India. (Author is Associate Professor, Department of History, Aligarh Muslim University, Aligarh, and Uttar Pradesh. Courtesy:PIB) 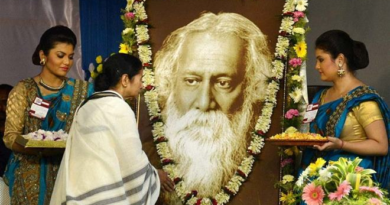 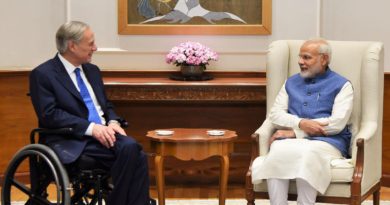 PM Modi Along With Putin, Trump, Xi Jinping Is In Time Magazine’s List