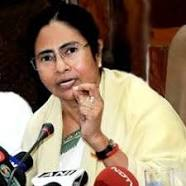 Mamata Banerjee, West Bengal Chief Minister and Trinamool Congress Party’s supremo, has again proved that she is capable of making headlines when she accused the BJP of being a militant organisation with a communal agenda and divide and rule policy. Addressing her party’s Core Committee Meet in Kolkata’s Netaji Indoor Stadium on Thursday, the Kolkata born 63-year-old leader readying herself to play a major role in the 2019 parliamentary elections to oust Narendra Modi led NDA Government from power, made the allegation.  BJP is doling out cash to win elections .Such practices by the party will soon be the reason for its downfall obviously forgetting that the TMC is winning all elections from Panchayat to Lok Sabha with thumping majority. “We are not like the BJP that snatches away people’s money in the name of demonetisation and then distributes that cash among the voters to win the elections unethically.”They are getting snubbed by people in the recent elections for such practices. Soon, more people will reject them.” With obvious reference to West Bengal Bharatiya Janata Party President Dilip Ghosh who reportedly vowed to retaliate with bullets and carry out “encounters” if BJP workers are troubled, she dared the BJP to attack TMC workers. “Some BJP leaders are threatening to carry out encounters. Some are talking about using guns and hurling bombs. They are even talking about finishing us off. I dare them to show their might. We have seen their capabilities during the Panchayat elections,” Banerjee said raising her voice .She reminded the BJP that “Nothing can be achieved in politics at the point of a gun. You (BJP leaders) are talking about bombs and bullets because you are in power in Delhi now. Where will you go once you lose the power? People are getting ready to throw you off.”Ghosh on Tuesday said the BJP was counting the bullets used on their party workers by the Trinamool Congress and vowed to pay them back in the same coin if the attacks did not stop.”We are counting the bullets which killed our workers. The TMC leaders will either go to jail or there will be direct encounters. Violence will be countered with violence and bullets will be answered by bullets.”We have not signed a bond where it is written that we will offer them sweets even if they beat us,” Ghosh reportedly announced at a public meeting in North Bengal.(inputs : The Statesman) 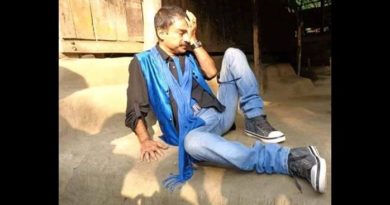 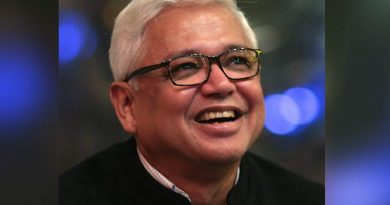 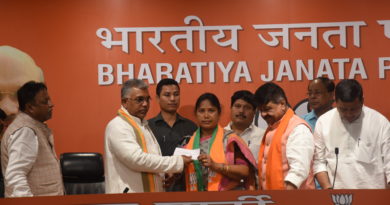