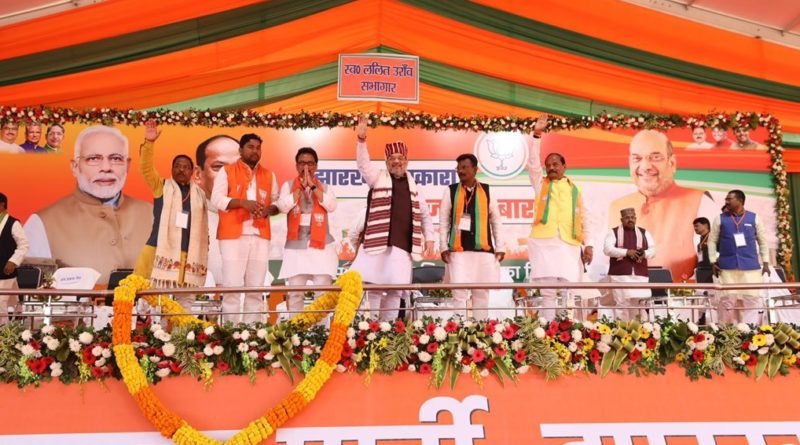 SOME days after  Bengal BJP leaders  have gone public saying  that false narration by the TMC  against  NRC  is the  cause for the party’s defeat  in the  recent three assembly by-elections in the state  ,Amit Shah, Union  Home Minister doubling as the BJP’s  National  President, has made it clear that the government  remains firm on  conducting  nation-wide NRC before next Lok Sabha poll.TMC  supremo and Bengal  Chief Minister Mamata  Banerjee has launched a vociferous campaign against NRC in her state stated to be among the worst affected by  undocumented people .As the Congress, TMC and some other parties are opposing  NRC saying it is for harassing  the Muslim community, Amit Shah has set a 2024 deadline for implementing the  National Register of Citizens across the country saying “each and every” infiltrator will be identified and expelled by 2024 when the nation goes to polls for electing  Lok Sabha and some assemblies. Amit Shah made the announcement at poll rallies in Jharkhand close to the border of West Bengal. “Today, I want to tell you that before the 2024 polls the NRC will be conducted across the country, and each and every infiltrator identified and expelled,” Amit Shah said.”Rahul Baba (Congress leader Rahul Gandhi) says don’t expel them. Where will they go, what will they eat? But I assure you that before the country goes to polls in 2024 all illegal immigrants will be thrown out,” he said in Chakradharpur and Baharagora in the  tribal  dominated  eastern state. National issues like uprooting terrorism, Maoism and construction of a grand Ram temple in Ayodhya were as important as matters like development, he said and added the Congress made repeated attempts to delay hearing on the Ayodhya case in the Supreme Court.”Congress leaders would tell the Supreme Court that there is no need for hearing the case. With your (people’s) backing, we submitted that it be taken forward, and the result is that the court has ruled that only a Ram temple will be built in Ayodhya, He also attacked the JMM-Congress-RJD alliance  which is contesting against the BJP in Jharkhand. The BJP leader also gave credit to the state’s BJP government for “uprooting” the Maoist menace and for bringing in development.”When Congress was in power, it fired upon students agitating for Jharkhand state and attacked them with batons. Now Hemant Soren (JMM leader) is sitting in the lap of the same Congress so he can become the chief minister,” he said. The “Vikas ki Ganga” (river of progress) flowing in Jharkhand because of the “double engine” growth the Centre and the state governments had ushered in together,  Shah said that the Modi government built AIIMS in Deoghar, and it will now construct an airport there and also in Bokaro, Dumka and Jamshedpur. About 20 lakh farmers have benefited from the crop insurance scheme, he said. Within five years, the Narendra Modi government and Raghubar Das dispensation in the state uprooted Maoism and paved the way for the state’s development, he said. Chief Minister Raghubar Das provided a “zero corruption” government and gave the state political stability. The Das government is the first in Jharkhand’s history that will complete its full term in office.”Rahul Gandhi is in Jharkhand today. I challenge him to give an account of what Congress governments have done for Jharkhand during 55 years of their rule. We will also give an account of what we have done in five years,” he said.HM Amit Shah also remained committed to  Citizenship Amendment Bill  seeking to grant citizenship to the Hindus, Sikhs, Jains, Buddhists, Parsis and Christians who were compelled to leave the ancestral homes in Afghanistan,Banglades and Pakistan and had discussions  with the stakeholders from the North-East. Assam BJP President Ranjeet Kumar Dass has  said that implementation of Clause 6 of the Assam Accord would ensure adequate protection to the political, social, cultural and linguistic rights of the indigenous people. “As far as the CAB is concerned, we are only fulfilling our ideological commitment,” he said. “Implementation of the CAB will only strengthen the political security of the indigenous people. There is no question of acting against the interest of the sons of soil. The locals have no reason to be apprehensive about the CAB.”No government took steps to implement Clause 6 of the Assam Accord over the years. “Clause 6 existed only on paper all these years. It was only after the government headed by Prime Minister Narendra Modi took charge that attempt was finally made to implement Clause 6. It is a praiseworthy step. The Modi government wants to ensure protection of the rights of the indigenous people of Assam,” said the BJP leader. He said that Union Home Minister Amit Shah has held wide-ranging consultations with various political parties and non-political organizations on CAB. “The Congress did not participate in the consultations. Other parties did,” Dass said.The accused the Congress of speaking in divergent voices on the issue of CAB in the Barak Valley and the Brahmaputra Valley. (Edited by PK Chakrarty with inputs from varied sources). 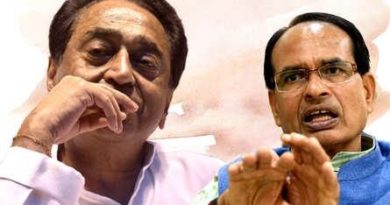 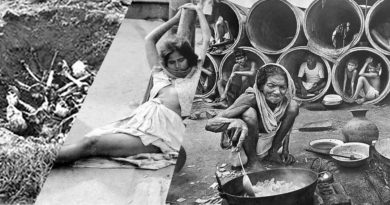 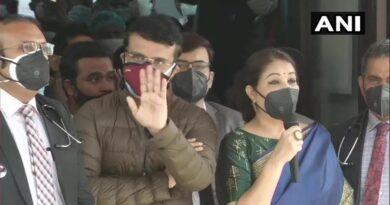 DADA reaches home from hospital, says ‘’I am perfectly OK’’