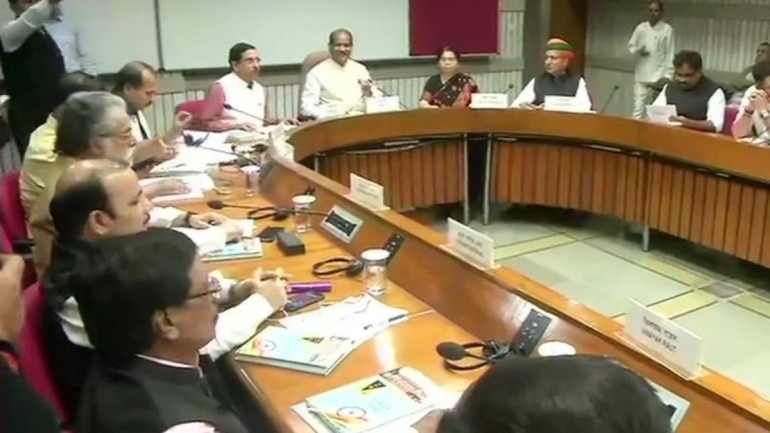 THE Winter Session of Indian Parliament commencing on Monday, November 18 will be stormy with the Opposition bent on grilling the NDA government for the economic meltdown, unemployment problem, the Jammu & Kashmir developments and the government’s resolve to approve the long awaited Citizenship Amendment Bill (CAB). The winter session will conclude on December 13.Besides the passage of the Citizenship (amendment) bill, the government also plans to convert two crucial ordinances into law during the session. One ordinance reducing corporate tax rate for new and domestic manufacturing companies to arrest slowdown in the economy and boost growth was issued in September to give effect to amendments in the Income Tax Act, 1961 and Finance Act, 2019.The second ordinance, also issued in September, banned sale, manufacture and storage of e-cigarettes and similar products. This is the second Parliament session of the BJP-led NDA government which returned to power with a greater mandate in the Lok Sabha elections. The first session of the government was very productive which saw both houses passing key legislations such as the one to penalise the practice of instant Triple Talaq and the other giving more powers to the National Investigation Agency. The two Houses on August 5 also passed a resolution scrapping special status accorded to Jammu and Kashmir and bifurcating the state into two union territories of Jammu and Kashmir, and Ladakh. The government will push for the passage of the contentious Citizenship (Amendment) Bill, seeking to grant nationality to non-Muslim immigrants from Afghanistan, Bangladesh and Pakistan. The government has listed the bill in its items of business for the session; official sources said.The government had introduced the bill in its previous tenure as well but could not push it through due to vehement protests by opposition parties, which criticised the bill as discriminatory on religious grounds. The bill had lapsed following the dissolution of the last Lok Sabha. The legislation seeks to grant Indian citizenship to Hindus, Jains, Christians, Sikhs, Buddhists and Parsis for for leaving the homeland due to religious persecution.INC, TMC were among those had opposed the bill I the previous session. Political parties and socio-cultural bodies have been protesting on the grounds that it seeks to grant nationality to non-Muslims who have come to India up to December 31, 2014.An all-party meeting convened by Speaker Om Birla on Saturday, the opposition said it will seek answers from the government on issues such as slowdown in economy, farmer distress, unemployment and situation in Jammu and Kashmir after its special status was scrapped on n August 5. After the all-party meet on Saturday, Prime Minister Narendra Modi tweeted, saying “We look forward to a productive Parliament session, where people-centric and development oriented issues would be discussed. “During the session, a special joint sitting of the both the Houses has been planned to mark Constitution Day on November 26. Briefing the media persons after the meeting, Union Minister for Parliamentary Affairs, Coal and Mines, Prahlad Joshi said that the Government is always ready to discuss on the floor of the both the Houses of Parliament, any issue as permitted under Rules of Procedure and sought the co-operation of all the party for the smooth functioning of the House. Giving details about the ensuing Winter Session,  Joshi informed that The Winter Session, 2019 of Parliament is scheduled to be held from Monday, the 18thNovember, 2019, and subject to exigencies of Government Business, the Session may conclude on Friday, the 13th December, 2019. He informed that 27 Bills will be taken up for introduction, consideration and passing. Shri Joshi also informed that two Bills replacing Ordinances namely (i) the Prohibition of Electronic Cigarettes (Production, Manufacture, Import, Export, Transport, Sale, Distribution, Storage and Advertisement) Ordinance, 2019 and (ii) the Taxation of Law (Amendment) Ordinance, 2019 are required to be passed during the ensuing Winter Session. The Session will provide a total of 20 sittings spread over a period of 26 days including four Private Members’ days. The Minister added that in the meeting with Secretaries/ Senior Officers of various Ministries/ Departments held on 5thNovember, 2019, certain items were identified for being taken up during the ensuing Winter Session and based on the feedback tentatively 47* items have been identified for being  taken up during the Winter Session, 2019. (*46 Legislative and 01 financial items).Some important pending legislations in the Houses required to be considered and passed during the Session are (i) The National Institute of Design (Amendment) Bill, 2019; (ii) The Chit Funds (Amendment) Bill, 2019; (iii) The Surrogacy (Regulation) Bill, 2019; (iv) The Inter State River Water Disputes (Amendment), Bill, 2019; (v) The Dam Safety Bill, 2019; (vi) The Transgender Persons (Protection of Rights) Bill, 2019; (vii) The Jallianwala Bagh National Memorial (Amendment) Bill, 2019; (viii) The Constitution (Scheduled Tribes) Order (Amendment) Bill, 2019; and (ix) The Constitution (Scheduled Tribes) Order (Second Amendment) Bill, 2019. Some important new Bills likely to be introduced, considered and passed during this session apart from the 2 Bills replacing Ordinances are (i) The Pesticides Management Bill, 2019; (ii) The Insolvency & Bankruptcy (Second) Amendment Bill, 2019; (iii) The International Financial Services Centres Authority Bill, 2019; (iv) The Medical Termination of Pregnancy (Amendment) Bill, 2019; (v) The Citizenship (Amendment) Bill, 2019; (vi) The Personal Data Protection Bill, 2019; and (vii) The Arms Act (Amendment) Bill, 2019.(with  pic courtesy to ANI) 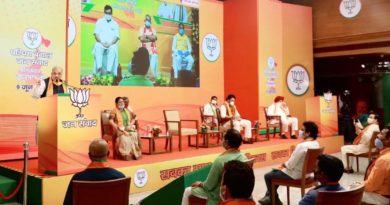 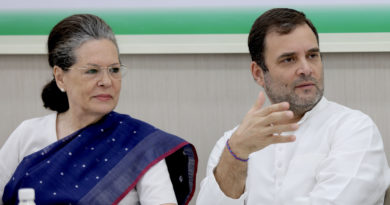