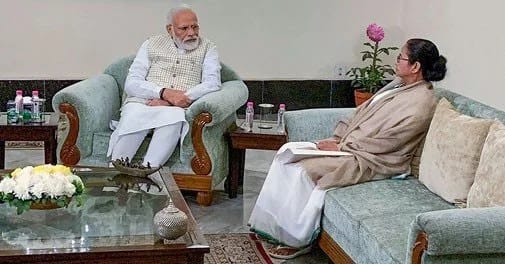 WEST Bengal Chief Minister Mamata Banerjee on Saturday, January 11,called on Prime Minister Narendra Modi at Raj Bhawan in Kolkata.She later told media that she called for a withdrawal of CAA, NRC and NPR. PM Modi invited her for coming to Delhi for discussing the issue saying he was in Bengal for some other assignments. Earlier, PM Modi came to Race Course by copter due to protest against PM’s visit by Congress and SFI. She also demanded outstanding NR 38,000 crore from the government. Later, she joined the dharna on Rani Rasmoni Road launched by the TMC Chatra Parishad.PM’s programs include the participation of the 157th foundation day of the Kolkata Port Trust and participation at a function of a function for declaring open three renovated buildings. In the evening he inaugurated Sound & Ligh Show on the historic HOWRAH BRIDGE. He will stay overnight in Belurmath and participate in a function to celebrate 157th birth anniversary of Swami Vivekananda who had stayed there till he breathed his last there on July 04, 1902. His birthday anniversary is observed as Youth Day across India. 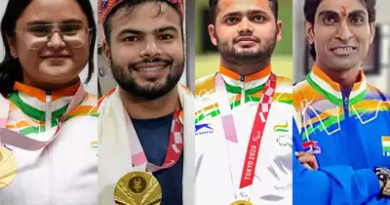 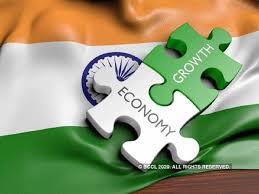 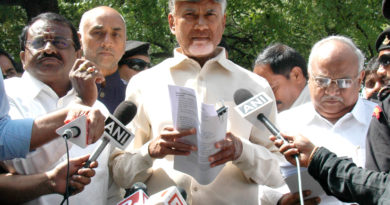