Indian scientists are committed to methods and enquiry that have nothing to do with irrationality, says Shekhar C Mande ,Director General -CSIR .Addressing an august gathering at a curtain raiser for 5th  India International Science Festival (IISF ) that begins in Kolkata on November 5 , Mande stressed that the basic principles of science can never be compromised to accommodate illogical theories .Mande ,also Secretary of Department of Scientific and Industrial Research , Government of India ,said ” Everyone has the right to speak but its also true that many great discoveries and inventions have made in India in the past . It has taken a long time  for the world to accept them . J.C. Bose was not credited for many of his works that he did here in Kolkata. While the ZERO was discovered in India , the famous dancing girl figurine of the Mohenjo-Daro civilisation was made of cast alloy that proves India had the technology to mix metals then .There is no pseudo science in these and they should be known to the world ”  Further he added that science did not exclude common man .He said ” A lay person can discover something which scientists may have overlooked. That is the true spirit of science .”Council of Scientific and Industrial Research  ‘s  Director General  mentioned Kolkata had a great talent pool in science and the standard of science here had not gone down .  ” Other than great scientists from other places like Ronald Ross , JBS Haldene , C.V. Raman  who have done great work in Kolkata , there have been stalwarts like J.C. Bose , S.N.Bose  who have done the city proud . There are countless scientists from Kolkata who are not known but continue to contribute to science. This is why we have chosen Kolkata as the IISF venue. Kolkata is still a centre of excellence in science”

5th IISF will feature 28 events across six venues that include Biswa Bangla Convention Centre  , Satyajit Ray Film & Television Institute ( SRFTI  ) , Indian Institute of Chemical Biology  , Science City  and Bose Institute .A large  number  of scientists, technocrats , Ministers are expected to attend the event. Besides,  scientists , technocrats and  diplomats of other nations  are expected to attend the event.A global Indian scientists and Technocrats ‘ meet and an International Science Film Festival are among the events . More than 250 films have been selected for screening. Several science film makers, science communicators and story tellers  will attend the festival .There will also be start up conclave , a Nav Bharat  Nirman conference on ideas in science and an agricultural scientists meet  .

An unique “Traditional Crafts And  Artisan Meet & Expo ” is   being held as a part of IISF which will act as a unique platform for interaction between Artisans, Scientists , Engineers , Researchers , Designers & Innovators , Manufacturers , Entrepreneurs in MSME sectors and students to explore science behind Handicrafts & Arts of Preserving diverse &  rich Indian cultural heritage .

Sharing similar point of view Nakul Parashar Director , Vigyan Prasar  said ” science was “binary in nature”  and there was & is no room  for baseless views . There can only be zero  or 1 in science . It’s that simple and everything in science is plain. ”

Vigyan Prasar is the nodal agency for IISF 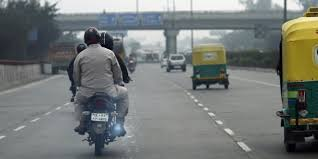 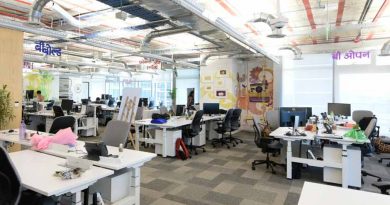