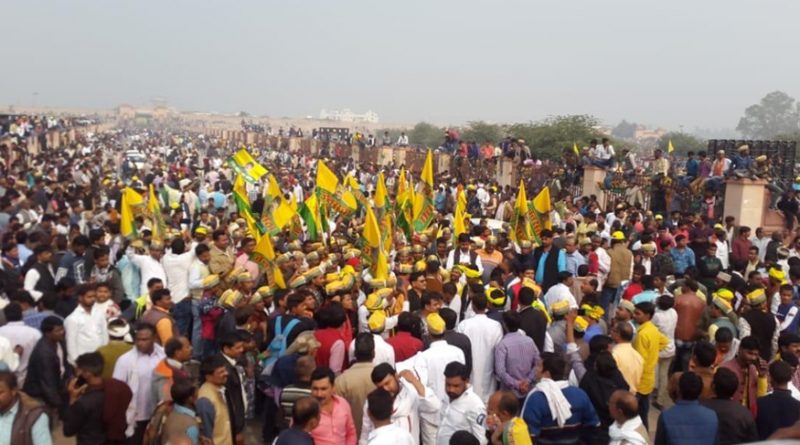 AS BSP Supremo Mayawati and SP headed by Akhilesh Singh Yadav are likely to jointly contest for 80 Lok Sabha seats in Uttar Pradesh, six-time independent MLA Raghuraj Pratap Singh popularly known as Rajah Bhaiya has launched his political outfit in India’s most populous state ahead of 2019 LS elections.  Rajah Bhaiya said that compensation based on caste should be ended. “Often kin of people deceased in a murder attack and rape survivors are given additional compensation considering that they are members of backward class. However, it should be stopped and we will raise our voice against it,” he said. Huge attendance at the launch of the Jansatta Party formed by him has sparked speculation in Uttar Pradesh’s political circles. He reiterated that his party is not opposed to the SC and STs.”I will fight for equality of all castes”, he added. Shivpal Singh Yadav, estranged uncle of Samajwadi Party chief Akhilesh Yadav and younger brother of Mulayam Singh Yadav, has already declared that his party will field candidates, even against his nephew and SP chief Akhilesh Yadav. The huge turnout at the launch of his Jansatta party at Lucknow’s Ramabai Ambedkar Maidan on Friday has enlivened UP politics. Raja Bhaiya has remained stuck to his one-line agenda of opposing the amendment to the SC/ST Act by Parliament. He described it as draconian. Earlier, at a press conference, he had refrained from commenting on the NDA Government headed by Narendra Modi and one-and-half years rule of UP CM Yogi Adityanath. Reiterating his strident anti-Dalit stance, Raja Bhaiya, 50, elected to UP legislative from Kunda, who had opposed the “draconian” provisions of the SC/ST Act, said the new party would fight for “equality” among all castes. He added though he would be labelled anti-Dalit, he was only talking about equality as enshrined in the Constitution. On completion of his 25 years in politics, Singh organised a rally at Ramabai Ambedkar Maidan in Lucknow to announce his new party. He announced his party would have “Jansatta” as prefix. He reiterated that he was not against Scheduled Castes but the repressive laws and caste-based discrimination in the payment of compensation to different communities, who were victims of crime like rape and murder, was not acceptable to him. He also hinted at forging an alliance with the Pragatisheel Samajwadi Party Lohia headed by Shivpal Yadav.adav.Addressing the rally, the MLA demanded Rs 1 crore compensation for martyrs of Indian Army and para-military forces, payment of the cane dues to farmers within a week and ending the disparity in fundamental rights of citizens. An estimated over two lakh persons attended the rally.“The prevention of the (atrocities) against the Schedule Castes and Scheduled Tribes Act was legislated during the regime of Prime Minister Rajiv Gandhi in 1989 and ever since the act had been made more complicated and more repressive  which was being used or misused to target the upper castes’’, said Rajah Bhaiya. He said if his party came to power, there would be no discrimination in distribution of compensation to martyrs laying down their lives on the borders and all would be given Rs 1 core irrespective of caste and religion. He alleged that all political parties for their narrow political ends made the SC/ST Act more stringent and complicated. The MLA also demanded that all those among the Dalit communities having availed the benefits of the reservation be denied the facility. “After independence, all political parties were unanimous on only one issue and that was the SC/ST Act where a person is sent to jail for six months immediately after the registration of the FIR. This cannot be allowed to continue for an indefinite period as all citizens of the country have same fundamental rights’’, argued the independent MLA. “We are for equality which is our fundamental right while as per the prevailing practice in the Government the compensation is determined on the basis of caste’’, said Raja Bhaiya.“We are not demanding that all be given the facilities as given to Dalit community but at the same time demanding equality before law is no crime.” He alleged those who had sown the seeds of caste-based discrimination would never have imagined that one day there would be a huge rally against inequality and injustice where the people from all caste and communities would participate. Keeping the cards about his future political plan close to his chest, he said whether his party would contest the Lok Sabha polls in 2019 or he would go for an alliance in the elections, the independent MLA clarified that a decision would be taken after ECI recognised the party.  Shivpal Yadav’s message conveying his good wishes for the rally was read out at the rally. Political pundits are of the view that he Shivpal Singh Yadav and Rajah Bhaiya might ally for the 2019 Lok Sabha elections. Former MP Shailendra Kumar, independent MLA Vinod Saroj and his cousin Akshay Pratap Singh were among those who were on the dais along with Rajah Bhaiya. Political analysts say Rajah Bhaiya should not be taken lightly by Mayawati –Akhilesh Yadav.(pic courtsey : News 18) 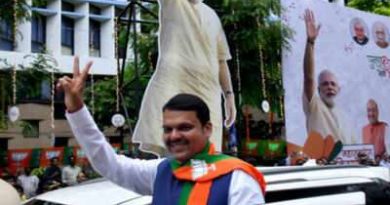 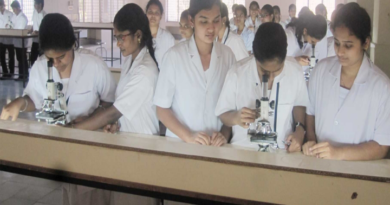 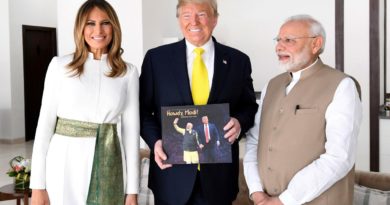 US Prez Trump invites PM Modi to G7 summit; Modi distressed over violence in the US