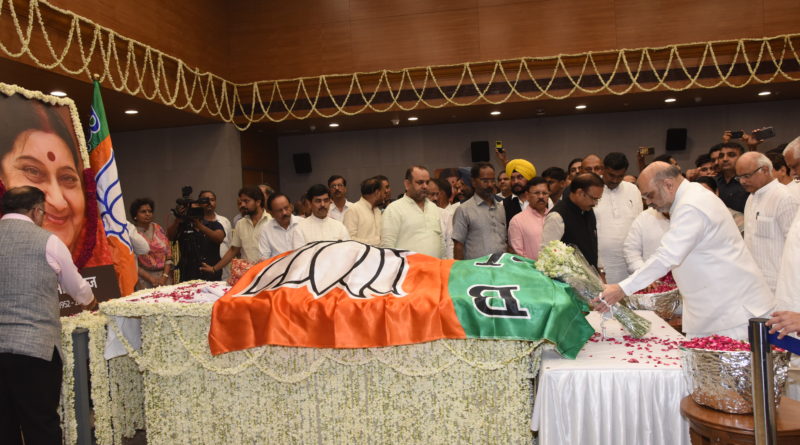 Sushma Swaraj, lawyer turned politician, India’s Minister for External Affairs from 26 May 2014 to 30 May 2019, breathed her last of a massive cardiac arrest on Tuesday night, August 6 . She was born in Haryana’s Ambala cantonment on 14 February 1953 to Hardev Sharma and Laxmi Devi. Her father was a prominent Rashtriya Swayamsevak Sangh member. Her parents hailed from Lahore in Pakistan. She was educated at Sanatan Dharma College in Ambala Cantonment and obtained a bachelor’s degree with majors in Sanskrit and Political Science. She studied law at Punjab University in Chandigarh. At state level competition, she created a record of sorts by winning the best Hindi speaker’s award for three consecutive years long before emerging as parliamentarian. Sushma Swaraj was aged 67 and is survived by her lawyer husband Swaraj Kaushal   and only daughter Basuri, also a lawyer. Recently they celebrated 44th marriage anniversary together. He husband is  a  former Mizoram Governor and  Attorney General of India.  She was India’s first full- fledged woman foreing minister. She was brought to the All India Institute of Medical Sciences at Delhi after she collapsed at home on Tuesday night and despite all efforts by doctors she died at 2135 hours IST.She was India’s first full-fledged woman foreign Minister. She was elected seven times to Parliament and three times to Haryana Legislative Assembly. At the age of 25 in 1977, she became the youngest-ever cabinet minister of Haryana. She also served as 5th Chief Minister of Delhi for a short duration in 1998.She opted out of electoral politics in 2019 because of failing health but remained active on social media. Before she had the heart attack, she complimented Prime Minister on Twitter for integrating Jammu & Kashmir with the rest of India saying she was waiting to witness the historic event in her life time. She had tweeted soon after Lok Sabha had corrected the historical mistake followed by the Upper House of Parliament.  In the 2014 Lok Sabha elections, she won from Vidisha in Madhya Pradesh for a second term by a margin of over 400,000 votes. She became the Minister for External Affairs headed by Narendra Modi.  Swaraj was called India’s “best-loved politician” by the US daily Wall Street Journal. Swaraj was cremated with full state honours on August 7 at Lodhi Crematorium in Delhi. Prime Minister Narendra Modi, Defence Minister Raj Nath Singh, Home  Minister  and BJP President Amit Shah and several other sitting and  past Ministers , parliamentarians  and BJP  activists rushed to her house to pay tearful home to her .Defence Minister Rajnath Singh, Finance Minister Nirmala Sitharaman, Law Minister Ravi Shankar Prasad, Health Minister Harsh Vardhan, Environment Minister Prakash Javadekar, HRD Minister Ramesh Pokhriyal and   Union Minister  for  Textiles Smriti Irani were among the top leaders who visited the hospital.”Her loss is irreparable and the void left by her can never be filled. It” a huge loss to the party and the nation, “said BJP Working President Jagat Prakash   Nadda.RSP said:”We used to address her as ”Didi” and the respect she commanded was phenomenal. She was fine in the morning and then suddenly we got this sad news. It is a painful loss for me and for the nation,” he told reporters. Senior BJP leader Shahnawaz Hussain also grieved the loss, saying Swaraj had guided him in his career and “she was a leader liked by everyone, from the ruling to the opposition parties”(edited by Pranab Kumar Chakravarty). 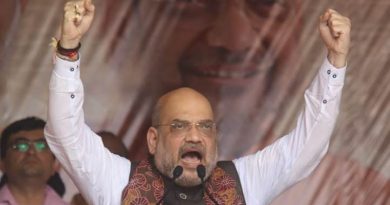 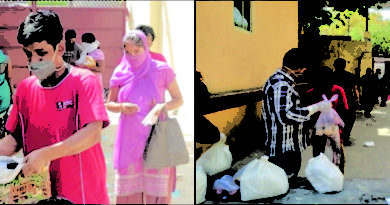 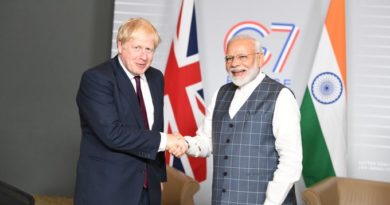 CONSERVATIVE Party led by Boris Johnson returns to power in UK with emphatic majority: will get Brexit done by 31 January, “no ifs, no buts, and no maybes”, says Boris