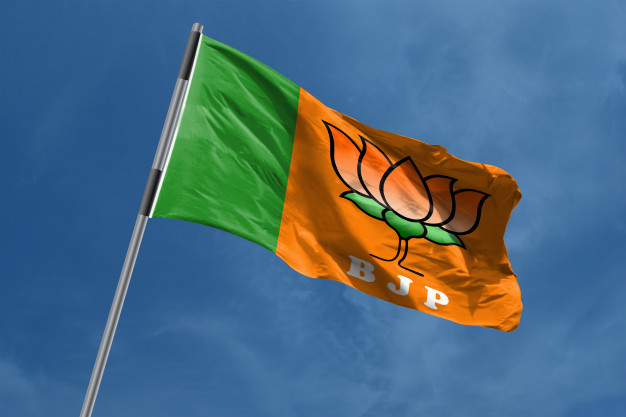 CONGRESS dissident MLA Umesh Jadhav joined the BJP at a rally at Kalaburagi in North Karnataka as the party and the Janata Dal (S) led by former Prime Minister HD Devegowada are giving finishing touches to electoral alliance for the coming Lok Sabha elections from the southern state. Umesh Yadhav, a two-time MLA from the Chincholi constituency, has left the Congress reducing the assembly’s strength to 223. The Congress-JD(S) coalition now has 116 members plus the Speaker. The opposition BJP has 104 MLAs .A senior BJP leader said “It is almost confirmed that he will be our candidate in Gulbarga against Congress leader Mallikarjun Kharge ” .Jadhav was reportedly  feeling  slighted after being denied cabinet berth while Kharge’s son Priyank has been made a minister in the current government. Karnataka Congress president Dinesh Gundu Rao said Jadhav’s resignation was expected. “He grew because of the Congress and we did not do any injustice to him. He betrayed the party for his selfish needs,” he said. “As far as I know nobody else is planning to leave the party,” he added. Jadhav was one of four MLAs who had skipped two Congress Legislature Party meetings. The Congress had complained to Speaker Ramesh Kumar to take action against the four under anti-defection laws.The Congress-Janata Dal (Secular) coalition government in Karnataka has been accusing the BJP of trying to lure their MLAs into the saffron camp. Jadhav joined the BJP before Prime Minister Narendra Modi’s address at the rally in the presence of state BJP president B S Yeddyurappa, former chief minister Jagdish Shettar and a host of other party bigwigs.”I am happy and proud joining BJP,” Jadhav said before Modi arrived on the stage. He also sought blessings from the people of Kalaburagi to make Modi Prime Minister again.BJP sources said, Jadhav is likely to be the party’s Lok Sabha candidate for the Gulbarga seat in North Karnataka  to challenge Kharge, a nine-time MLA and two-term Lok Sabha member who has never tasted electoral defeat. Kharge, diehard loyalist of  Sonia and  Rahul Gandhi, is the Congress  leader in the  outgoing 16th Lok Sabha  and  expects  better position  if the  Congress  party does  well in the upcoming Lok Sabha  Poll  for his   unflinching  loyalty   to the  Nehru-Gandhi family. Jadhav had Monday submitted his resignation from the Assembly to Speaker Ramesh Kumar. The Congress petitioned the Speaker seeking disqualification of Jadhav along with Ramesh Jarkiholi, B Nagendra and Mahesh Kumathali under the anti-defection law. The four MLAs had defied the issued by the party to attend the Congress Legislative Party (CLP) meetings on January 18 and February 8 and had skipped the early part of the budget session. Despite repeated warnings, the four lawmakers refused to come back to the party. Hence, the Congress has petitioned Speaker to disqualify them under the Anti-Defection Law. However, Jadhav along with other three MLAs had attended the session and voted in favour of the finance bill as part of his strategy to avert any stringent action under the Anti-defection Law. Jadhav was upset with Congress alleging Kharge and his son Minister Priyank Kharge were dominating the party in the region bypassing him. Jadhav had made it public that he was against Priyank Kharge getting Ministerial berth from the region overlooking several senior Congress leaders including himself from the Kalaburagi region. Meanwhile, two other senior Congress leaders, Baburao Chinchansur and Malikayya Guttedar, from the region have quit the party and joined the BJP protesting against alleged dominance of the Kharges. As LS poll is  nearing and political scenario is hotting up in the southern state, political observers wonder  what decision will be taken by the assembly speaker on the plea of the Congress Legislature Party for disqualifying Jadhav  (with inputs from The  Deccan Chronicle). 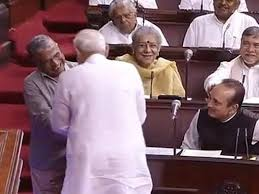 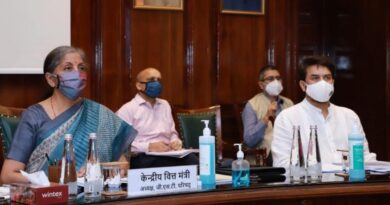 Compensation Cess of ₹20,000 Cr To Be Given To States, UTs, Says FM Sitharaman