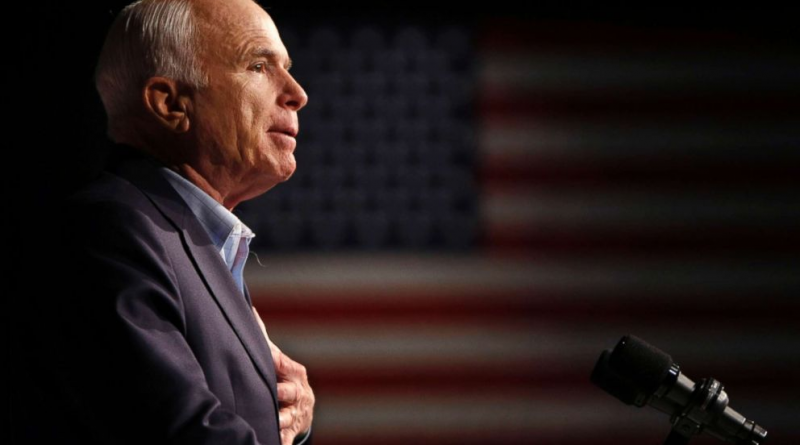 SENIOR US SENATOR John Sidney McCain 111, Vietnam War Hero turned senator, has died of brain cancer. He was 81, says his family. The six-term senator and 2008 Republican presidential nominee against Barak Obama was diagnosed with cancer during surgery to remove a blood clot from above his left eye last July McCain, who was tortured during his five years as a prisoner of war in Vietnam, stopped treatment from an aggressive form of cancer earlier this week, his family says. He had spent more than three decades in the Senate, looming large in debates on war and peace and the moral direction of the nation. Before joining the upper chamber, he served as a US representative from 1983 to 1987. McCain had not been on the Senate floor in months, remaining at his Arizona home for treatment. McCain died on Saturday surrounded by his family, according to a short statement released by his office. He was diagnosed with an aggressive brain tumour in July 2017 and had been undergoing medical treatment. His family announced McCain, who left Washington in December, had decided to stop treatment on Friday. McCain’s daughter Meghan said the task of her lifetime would now be “to live up to his example, his expectations, and his love, reports BBC.”The days and years to come will not be the same without my dad – but they will be good days, filled with life and love, because of the example he lived for us,” she wrote in a statement shared on Twitter. He was a celebrated war hero known for reaching across the aisle in an increasingly divided America.”Senator John Sidney McCain III died at 4:28 pm on August 25, 2018. With the senator when he passed were his wife Cindy and their family,” his office said in a statement. He had served the United States of America faithfully for 60 years. Sen McCain, thank you for your service,” read a sign near the driveway of his home in a rural part of Sedona, Arizona, television footage showed, as a police escort accompanied the hearse that was to carry his body and local residents came bearing flowers for the late political titan. While he had many disagreements with fellow politicians, the Republican stalwart’s integrity was not at question, and condolences came swift from the highest reaches of American politics after his passing. “John McCain and I were members of different generations, came from completely different backgrounds and competed at the highest level of politics,” Obama said in a statement. “But we shared, for all our differences, a fidelity to something higher — the ideals for which generations of Americans and immigrants alike have fought, marched and sacrificed.” Former vice president Al Gore — who served under Democrat Bill Clinton — said, “I always admired and respected John from the opposite side of the aisle, because he thrived under pressure, and would work to find common ground, no matter how hard.” President Donald Trump, who once mocked McCain’s war record, said he sent his “deepest sympathies and respect.” McCain had been a rare and outspoken Republican critic of Trump, accusing him of “naiveté,” “egotism” and of sympathizing with autocrats. On Capitol Hill, McCain became close friends with Senator Lindsey Graham and former senator Joe Lieberman — a trio dubbed the “Three Amigos.” Now that the trio is missing its driving force, Graham wrote that “America and Freedom have lost one of her greatest champions… And I’ve lost one of my dearest friends and mentor.” (with inputs from BBC & ABC) 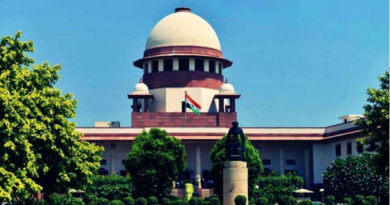 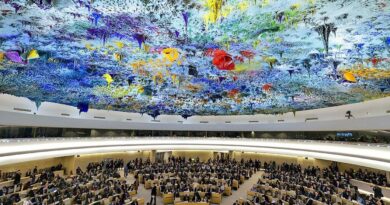