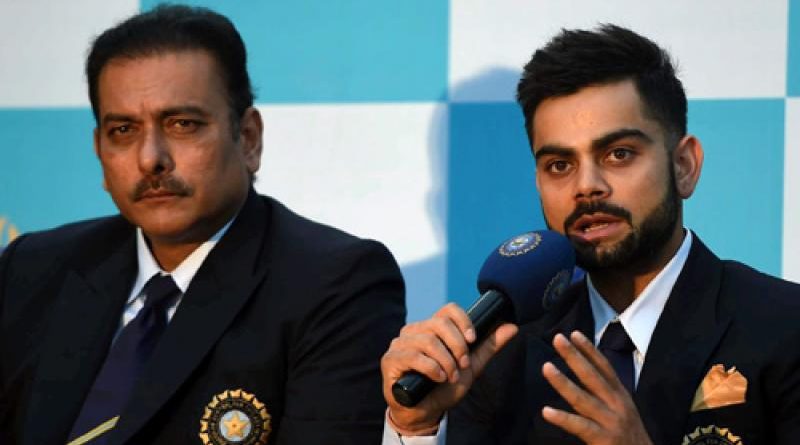 AFTER India’s back  to back dismal   performance against  England  in two  test  matches on English  soil,  both  cricket enthusiasts and  administrators  are  disappointed in India .The two nations  are  scheduled to play  a total  of  five  test matches and the third one will be on Saturday .Taking serious  view , BCCI is considering  questioning  chief coach Ravi Shastri and captain Virat Kohli depending on how the   result  of  third Test against England. Some are surprised over what they view as total surrender of India to their rivals. The team for the fourth and fifth Test would be decided after the third game.” Indian team can’t complain that they were not given enough time to prepare. When we lost to South Africa, the players spoke about tight scheduling and lack of practice games. It was after speaking to them that we decided that white ball matches will be held before the Tests,” said a BCCI source maintaining anonymity.  Some officials have also questioned why Shastri and Kohli duo have been given unfettered freedom in team management. “We arranged white ball matches first. It was on the senior team’s insistence that we send the India A team during the same time starting the concept of ‘Shadow Tour’. Two senior India players (M Vijay and Ajinkya Rahane) were accommodated for ‘A’ team games. Whatever they wanted, they were provided. Now if results don’t come, the Board is well within its rights to ask questions,” the source is cited   saying to scribes.Meanwhile, Virat Kohli has lost his number one position in the ICC Test rankings as batsmen coming down to second after unsatisfactory performance in the second Test. Kohli lost the position to former Australian captain Steve Smith who is under one-year ban owing to his role in the ball-tampering scandal against South Africa earlier this year. The India captain played knocks of 23 and 17 even as his side succumbed to 107 and 130 for an innings and 159-run loss at the Lord’s. The low scores and one-sided defeat have led to a fall in rankings for most India players with off-spinner Ravichandran Ashwin being the notable exception. He has moved up in the list for batsmen from 67th to 57th, with defiant innings of 29 and 33 not out. Ashwin has also left behind South Africa’s Vernon Philander to bag the coveted third position among all-rounders. All-rounder Hardik Pandya has moved up 25 places to take the 74th spot among bowlers. England pace man James Anderson has become only the seventh England bowler and the first in 38 years from his country to breach the 900-point mark in the rankings for after an excellent performance in the second Test against India, the ICC said in a statement.Anderson’s match figures of 9/43 enabled him to reach 903 points and join a select group comprising Sydney Barnes (932), George Lohmann (931), Tony Lock (912), Ian Botham (911), Derek Underwood (907) and Alec Bedser (903), all of whom peaked at over 900 points during their careers. England’s all-time leading wicket-taker in Tests with 553 scalps, Anderson is the only one to claim 100 Test wickets at Lord’s. He is the first England bowler to breach the coveted mark since Botham touched 900 points in August 1980.Anderson now leads second-placed South Africa fast bowler Kagiso Rabada by 21 points in the bowlers’ list, confirms BBC .Another one to make a mark in the Lord’s Test and whose performances reflect strongly in the latest rankings update is player of the match Chris Woakes. His impressive century and useful bowling efforts helped him move up all three charts – for batsmen, bowlers and all-rounders. Woakes, who slammed an unbeaten 137 in England’s only innings and chipped in with four wickets in the match, has gained 34 places to reach a career-best 50th position among batsmen while also moving up three places to 32nd among bowlers and by five places to seventh among all-rounders. Another England player who has improved the latest ICI rankings is wicketkeeper-batsman Jonny Bairstow.His 93-run knock has lifted him back to the top 10, in ninth place. Meanwhile, England has named an unchanged 13-man squad for the third Test against India starting in Nottingham on Saturday. England retained uncapped Essex pace man Jamie Porter and off-spinner Moeen Ali, both of whom missed out on a place in their XI that played in the capital. Victory at Trent Bridge would see England clinch the series. Squad: Joe Root (capt), Alastair Cook, Keaton Jennings, Olliver Pope, Jonny Bairstow, Jos Buttler, Sam Curran, Chris Woakes, Adil Rashid, James Anderson, Stuart Broad, Moeen Ali, Jamie Porter (image courtesy : The Deccan Chronicle) 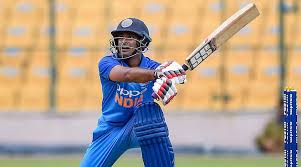 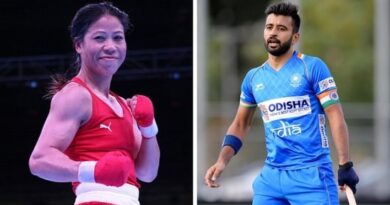 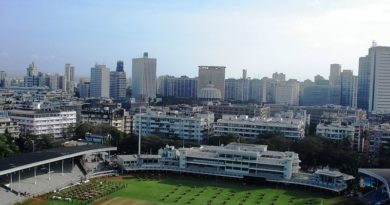