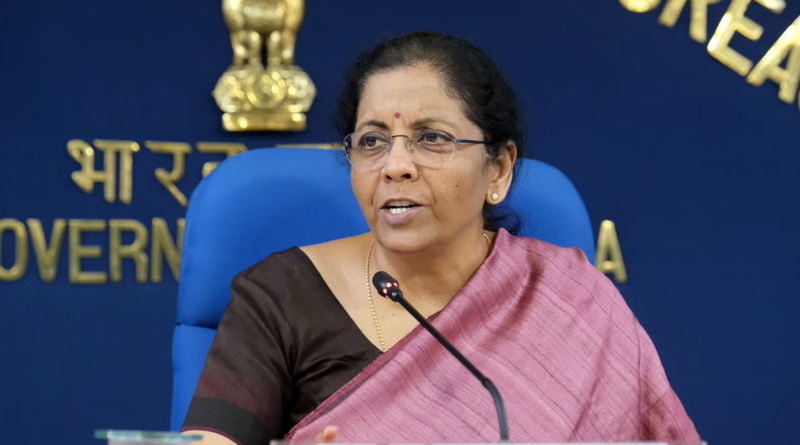 Finance Minister Nirmala Sitharaman has enriched the financial vocabulary with a new word ‘monetisation’ – National Monetisation Pipeline (NMP) – with the “unveiling” of Rs 6 lakh crore ambitious programmes to hand over to the private parties “management” by 2025 of its assets in 13 sectors already identified in different ways to put on the sale block by Manmohanomics. It is an unimaginative way to solve revenue problems. The sectors include are virtually the same as was decided long back like the airports, railways, roads, shipping, gas pipeline and many others to monetise its brownfield infrastructure assets. Of course, this is another jargon. Greenfield and brownfield investments are two types of foreign direct investment but can include domestic too. With greenfield investing, a company builds its own brand-new facilities from the ground up. Brownfield investment happens when a company purchases or leases an existing facility. As per official terms, monetisation means a transfer of management and privatisation means the transfer of ownership. We may define monetization as ‘temporary privatization but how it would finally roll out depends. In brief, the programmes include road assets, including 22 percent of national highways, worth Rs 1.6 lakh crore; over 400 railways station, 90 passenger trains and other assets – Rs 1.52 lakh crore; 25 airports for Rs 20782 crore; Power Grid and others transmission – Rs 45000 crore; coal mining – Rs 28747 crore; telecom – Rs 35100 crore; shipping – 2828 crore; CWC, FCI warehousing – 28900 core; realty, hotel assets – Rs 15000 crore; prime JL Nehru and other national stadia of Sports Authority of India and other facilities worth Rs 11450 crore. Conceptually, most of these were on the block for long as public-private-partnership. In three years, the government expects to have revenues for meeting expenditures, not building assets. Indeed, there is political consensus across the spectrum or should it be called lack of political vision or bankruptcy of ideas!  The Nehruvian economy till today is credited by all as the system that developed assets with great effort and costs to gradually create a world-class image. The IITs and another national institutions-created talent now command heights in the global system. The dams, public sector industries, banks, railways, mines and other assets added to the national glory, created jobs and standardised the processes. Many were not in very happy shape in private hands. Even some prime banks were often ‘rumoured’ to be going for liquidation. The nation with great efforts saved and built many others sometimes through the takeover of private assets. The 1960s were used by many private corporate to send their sick units for ‘temporary management’ to the government sector for nursing the health back as if the public sector were ‘industrial hospitals’. The wheel has taken a circle. It is now being sent back to private – with “ownership” in government because of supposed poor finances. The PSUs those days had delivered but would the private sector do it or as is the practice might likely extort the facilities for their own benefits and finally, with possible poor maintenance it could dump the heavy financial burden on the government and many properties may even get encroached upon.  It is also not easy to comprehend why the fad of Manmohanomics for selling or leasing to private should continue. There can be national assets in either of the sectors. It appears that the confusion induced by liberalization and globalization of parting with built-in infrastructure to the private is still being considered the panacea.  It must change. The political parties, including the Left and regional ones like TMC or TDP instead of giving new concept, are merely debating on the process to get rid or maybe greed to oblige their cronies. The so-called free economy enunciated by the Narasimha Rao government meant the creation of assets in all sectors. But Manmohan Singh, P. Chidambaram, Montek Singh Ahluwalia changed it to handing over public assets to the large private companies. The policy with minor changes was adopted by all subsequent governments. It is now 30 years of “poverty management” of the nation’s assets. Even in the present context, Congress leader Rahul Gandhi says he is not against NMP but why the sale should be confined to the selected few. Most other parties share the view.

The roads to be handed over are in good shape and the private would only start exploiting these for maximizing their profits at public cost by increasing toll, fees and seeking remission of lease fees showing managed losses. The railways started with much fanfare in the 1990s called commercialising its assets. Little has been achieved. Even of its 90 trains, only two were leased out. Again, nothing new, some private parties in yore also used to run pilgrim or tourist specials for a fee. Metro in Delhi is running into losses of Rs 1785 crore against a measly surplus of Rs 1084 crore in 2019. All other metros have huge losses in Bengaluru, Kochi, Jaipur, Lucknow and Noida. The unimaginative leasing out of stadia would affect the poor, who bring medals. Coal mines or power transmission would again go back to the mafia and governance would be powerless. There is a myth that Air India and BSNL were devastated by officials. The officials are part of the process under political masters. But can the nation forget how under UPA then civil aviation minister Praful Patel, profitable sectors were banned for the national carrier to help private airlines profit? Similarly, the BSNL was forced to lend national phone and internet backbones to create private-sector giants turning it into a sick unit. No one answers why VSNL was sold to its rival. Of late, the failed experiment is being thrust on the railways and National Airports Authority causing a severe rise in fares and airport charges. Why was the sick Ruchi Soya taken over? Does it have links with a sudden spurt in the cost of edible oils because of large international purchases for the new mission of importing edible oil? Its study may reveal how monetisation will unfold to help consumers or otherwise. The political parties do not discuss the welfare of the consumer or the people. Inflation is shooting up, policies on taxing savings are sending the nation haywire. Mindless privatization by various names is killing both the private and public. The right course for the economy has to be sought through a national open debate. 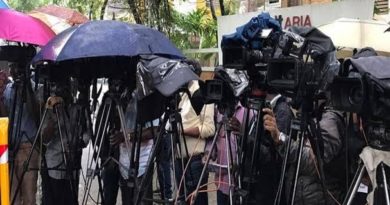 WHY media & journalists are always at the receiving end! 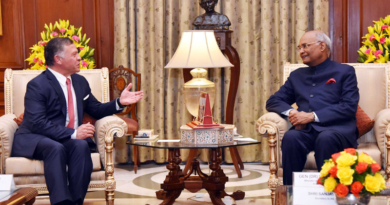 INDIA & Jordan Vow To Step Up Action Against Radicalization & Terrorism 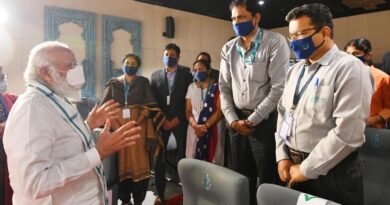