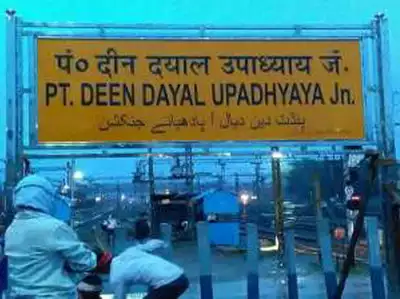 HISTORIC Mughalsarai Railway Station has been named Pandit Deen Dayal Upadhyaya Junction. He was co- founder of the Bharatiya Jana Sangh, forerunner of the Bharatiya Janata Party. Dr Shyama Prasad Mukherjee was the founder of BJS. The Mathura born great scholar was found dead at the age of 52 under mysterious circumstances near the Mughalsarai station in February 1968.Mughalsarai is also the birthplace of former Prime Minister Lal Bahadur Shastri. The 156 years old   Mughalsarai junction in the new Avatar was inaugurated on August 5, 2018, by BJP President Amit Shah. Along with Shah, Railway Minister Piyush Goyal and Uttar Pradesh Chief Minister Yogi Adityanath were also present. They flagged-off a passenger train and goods train with an all-woman crew, and also launched a “smart yard” project on the busy Delhi-Howrah route. The move to rename Mughalsarai got a boost after UP Governor Ram Naik gave his assent to the proposal in June.The Centre gave its in-principle approval last year to the Uttar Pradesh government’s proposal to rename the station.Union Minister of State for Railways Manoj Sinha, Uttar Pradesh deputy chief minister Keshav Prasad Maurya and other senior BJP leaders were also present at the function. It was the first time in the country that an all-woman crew runs a goods train, say a Railway functionary .After the station was renamed, Uttar Pradesh minister Om Prakash Rajbhar said that changing names will not lead to development or help trains come on time.The Mughalsarai railway station was built in 1862 during the British rule.This was the second biggest railway station after Gaddar now in Pakistan .Mughalsarai was known as the gateway to East India and  North-east India by Railways .The station was built by East Indian Railways, the British railway company, to connect Calcutta  with  Delhi. Right from the Mughal times, the route has been one of the busiest corridors, connecting east and north India. 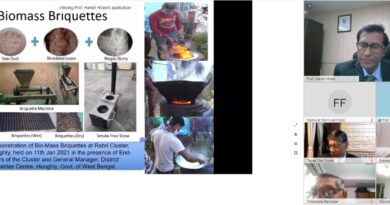 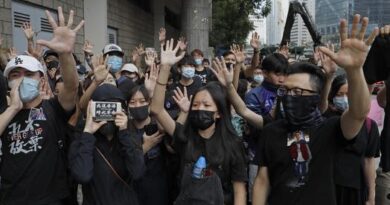