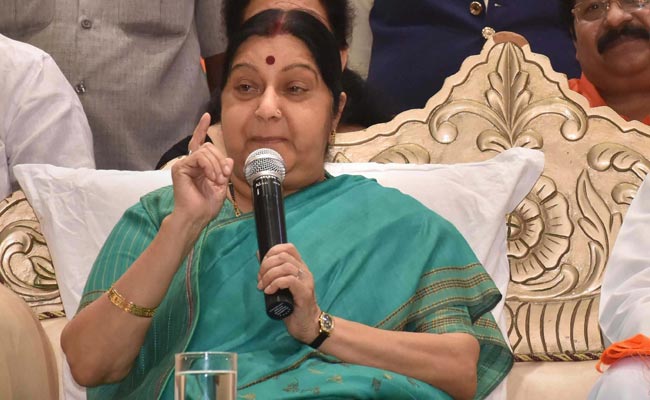 WITH Pakistan sympathisers calling for producing evidence of the air strike on the terror hub at Balakot in Pakistan on February 26, External Affairs Minister and veteran BJP leader Sushma Swaraj on Thursday, April 23, said no Pakistani soldier or citizen was harmed in the air strike carried out successfully by the Indian Air Force. Addressing woman party workers at Ahmedabad gathered  from East and West Lok Sabha  Constituencies of  Ahmedabad , she said that BJP led  NDA government  would  come back to  power after the ongoing  Sabha election process  was completed .Atal Bihari Vajpayee, who headed  the  first  BJP led government ,  could not implement his dream projects and policies because he was heading a coalition administration. The IAF had struck a Jaish-e-Mohammad terrorist training camp in retaliation to dastardly killing of  over 40 CRPF jawans in  Pulwama on February 14  by a suicide  bomber. Swaraj said the air strike was carried out in self- defence. “When we carried out air strike across the border after the Pulwama terror attack, we had told the international community that we took that step in self-defence only.”We had told the international community that the armed forces were instructed not to harm any Pakistani citizen or its soldier during the strike,” she said. “The Army was told to target only the terror camps of the Jaish-e-Mohammad, which had taken the responsibility for the Pulwama attack. And, our Army did the same without arming any Pakistani citizen or soldier,” added Swaraj. External Affairs Minister Sushma Swaraj said. She asked women workers to equip themselves  with facts while-seeking-vote for PM Modi .The foreign minister said the entire international community supported had India over the air strike.  Prime Minister Narendra Modi has emerged as a top international leader setting agenda for other world leaders.PM Modi is highly respected by people across world, she said. Recalling the 2008 Mumbai terror attack, Swaraj said the then Congress-led UPA government had failed to take along other countries to isolate Pakistan in the world despite the fact that 40 foreign citizens belonging to 14 countries had also died in the strike. The External Affairs Minister said Pakistan had raised objection to the invitation extended to India for a meet of the Organisation of Islamic Cooperation (OIC) in Abu Dhabi last month, but the host county UAE snubbed Islamabad. India under leadership of PM Modi   has improved bilateral and multilateral relations with most of world leaders, she added (pic courtesy to NDTV) 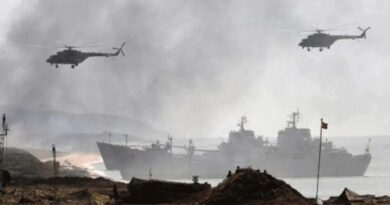 NEW Delhi decides to stay away from multi-national war game: Jaishankar says situation on LAC is worse than in 1962 ﻿ 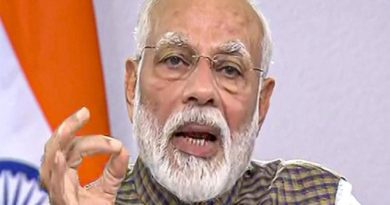