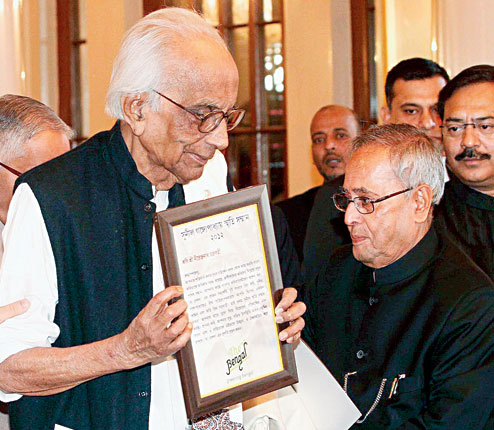 NIRENDRANATH Chakraborty, eminent Bengali poet and Sahitya Akademi award winner, has passed away at a Kolkata hospital aged 94 of a massive cardiac arrest. He was suffering from age related ailments. In 1974, he was awarded the coveted Sahitya Academy Award for his book of poems Ulanga Raja-The Naked King – mocking the socialist world. Calcutta University, India’s oldest University, awarded him an honorary Doctor of Science degree in 2007.Besides, he was recipient of ‘Ananda Purashkar’and was associated with the Ananda Bazar Patrika for several years and also excelled in writing for children. He was admitted to the private hospital on Monday due to age-related ailments including acute breathing problem and suffered the cardiac arrest at midnight, the family said.He breathed his last at around 12.25 pm  on December 24.Chakraborty is survived by his two daughters. His wife had died in January this year. Born on October 19, 1924 in Faridpur , now in Bangladesh, he came with his  family to Kolkata in 1940.He completed his schooling in Mitra Institution and later joined St Pail’s and Bangabasi College.The senior most poet-writer was  a dominant figure in the modern Bengali literary field.His first book of poems ‘Nil Nirjone’ was published in 1954 when he was 30 years old.His ‘Amalkanti Roddur Hote Cheyechhilo’ (Ammalkanto wanted to be the sunshine), ‘Kolkatar Jishu’ (Christ of Kolkata) and ‘Pahari Bichhe’ (Mountain scorpion) are considered his two other cult poems.He remained active in literary activities till he became seriously ill.Chakraborty had been associated with leading Bengali magazine ‘Desh’ and ‘Anandamela’ of ABP publications  for children, whose editor he had been for years, and some well known other magazines. In November, he had penned a poem for a magazine which will be published in its upcoming Kolkata Book Fair issue. Chakraborty had penned more than 47 books, many of them for children, apart from 12 novels and numerous essays on different issues. He was the president of Paschimbango Bangla Akademi. Condoling his demise, Bengal Chief Minister Mamata Banerjee has  expressed grief  saying it is indeed a great loss to Bengali literature. His body was kept at Rabindra Sadan till evening to let his admirers pay their last respects.“People like him and Dwijen Mukhopadhyay, who died yesterday, belonged to a golden era. This era will never return. It is a great loss for us and the Bengali community as whole,” said Chief Minister Mamata Banerjee.(image courtesy to The Telegraph Kolkata) 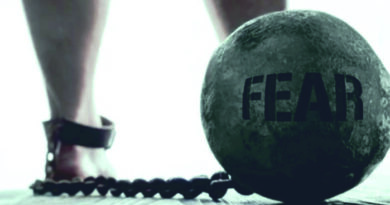 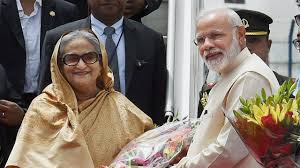