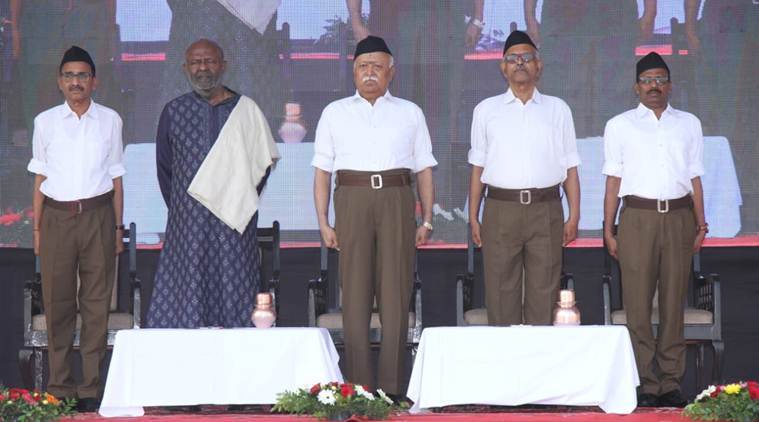 THE Rashtriya Swayamsevak Sangh (RSS) on Tuesday, October 11 observed its foundation day and Vijayadasami at its Nagpur headquarters in the presence of thousands of R S S   volunteers and distinguished guests. Nagpur born Keshav Baliram Hedgewar, also known as “Doctorji” within his organisation, founded the RSS with the intention of promoting the concept of a united India rooted in Hindutva ideology. After passing the L.M.S. Examination from Kolkata’s National Medical College in June 1916, Dr Hedgewar (1889-1940), completed a yearlong apprenticeship and returned to Nagpur in 1917 as a physician. Shiv Nadar, 74, founder-Chairman of HCL Technologies, was the chief guest on the occasion. Shiv Nadar, industrialist and philanthropist, is also the founder of Nadar Foundation. Nadar founded HCL in the mid-1970s and transformed the IT hardware company located in  Noida into an IT enterprise over the next three decades by constantly reinventing his company’s focus.Dr Keshav Baliram Hedgewar founded the organisation on the Vijayadasami in 1925. Shiv Nadar & Mohan Bhagwat offered floral tributes at Samadhi of Dr Hedgewar   They also witnessed   the route march by Swayamsevaks of Nagpur city.Ealier in the day. Rashtriya Swayamsevak Sangh  chief Mohan Bhagwat performed ‘Shastra Puja’ at the annual Vijayadasami festival. He was seen giving thumbs up while the RSS band performed after drill exercises by Swayamsevaks. Union ministers Nitin Gadkari, Lok Sabha Member from Nagpur, MOS V K Singh and Maharashtra Chief Minister Devendra Fadnavis re-seeking election from Nagpur   were among others present at the event. Incidentally, the principal Shakti goddesses worshiped during the Shastra  Puja, also called  Ayudha Puja, are Saraswati the Goddess of wisdom, arts and literature, Lakshmi, goddess of wealth and Parvati ,the divine mother, apart from various types of equipment weapons are worshipped by soldiers and tools are revered by artisans. The Ashtra Puja is being celebrated from the days of The Ramayana and Mahabharata   by the Indian army (edited by Pranab Kumar Chakravarty with input from Wikipedia) 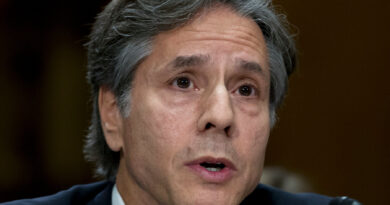 US Secretary Reaffirms the Strength of the U.S.-India Partnership 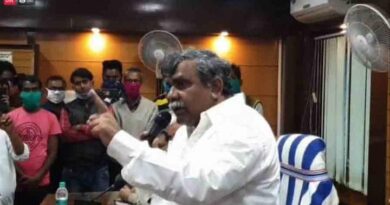 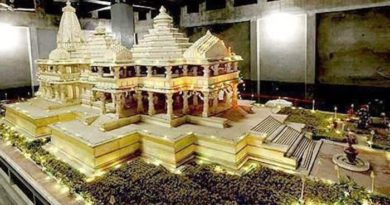