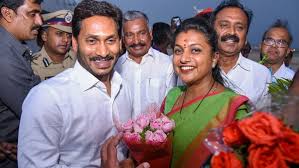 YEDUGURI Sandinti Jaganmohan Reddy,46, has become  the new  Chief Minister  of  Andhra  Pradesh after  the  YSRCP headed by him trounced the  Telegu Desam  party  led by  high profile Nara Chandra Naidu in both assembly and  Lok Sabha polls .Committed  to simple living and high thinking ,Reddy is the founder and leader of YSR Congress Party, and was Leader of opposition in the Andhra Pradesh Legislative Assembly from 16 May 2014 until 23 May 2019. He was sworn in on Thursday, May 30 by Governor E S L Narasimhan at Vijayawada. Only Reddy took oath Thursday and his council of ministers is expected to be sworn in on June 7. Telangana Chief Minister K Chandrasekhar Rao, DMK chief M K Stalin and Puducherry Health Minister Malladi Krishna Rao were the special guests. Telangana Deputy Chief Minister Mahmood Ali, Assembly Speaker Pocharam Srinivasa Reddy, minister Talasani Srinivasa Yadav also attended the swearing-in ceremony.Besides,Reddy’s mother and YSRC honorary president Y S Vijayamma, his wife Bharati and sister Sharmila and other members of the family were also present on the occasion..Reddy reached the stadium and went round the galleries in an open-top jeep to greet thousands of people who came to witness the event

Jagmohan Reddy, who represented INC in Lok Sabha from undivided Andhra Pradesh, is son YS Rajasekhara Reddy popularly known as YSR  a two-time Chief Minister of his native  southern state. He  alone took oath and announced to form  a council  of ministers soon. Jaganmohan started his political career campaigning for Indian National Congress during the 2004 elections in Kadapa District. In the just concluded Assembly elections YSR Congress party has won 151 of the total 175 assembly seats and 22 of the 25 Lok Sabha seats. Thursday took oath as the second Chief Minister of Andhra Pradesh at the Indira Gandhi Municipal Stadium and immediately ordered a slew of measures including an increase in social welfare pensions, one of his nine election promises and a crackdown on government contracts. As he was being administered the oath of office and secrecy by Narasimhan, he was cheered by his countless supporters. Reddy is the third youngest Chief Minister of Andhra Pradesh after Damodaram Sanjeeviah at 38 and  N. Chandrababu Naidu at 45 when he became first CM of the Souther state. The muhurat was fixed by Visakhapatnam Sarada Peetham pontiff Swamy Swaroopanandendra Saraswathi. After the swearing-in representatives of the Islam, Christian and Hindu faiths blessed Reddy.“For all the hardship I faced for nine years… the 3,648-km padayatra I undertook… you blessed me so much that you gave me a victory as big as the sky. I have seen your troubles, listened to your grievances. I assure you that I am here to address all of them,” Reddy said. Soon after taking oath,  Reddy signed the file related to hiking pensions, one of the Navratna (nine promises) he had promised during his padyatras. He also announced appointing village volunteers by August 15, establishing village level secretariats and a call centre to receive complaints on corruption by October 2, Gandhi Jayanti. The Navaratnalu also includes Rs 12,500 annual support to farmers, phased implementation of liquor ban and Aaroygyasri scheme with Rs 10,000 financial assistance to those suffering from serious diseases. Mr Reddy said a judicial commission will be appointed to oversee the process of floating tenders for any government contract to bring in transparency and eradicate corruption.  TDP supremo N. Chandrababu Naidu and his party stayed away from the swearing –in ceremony. 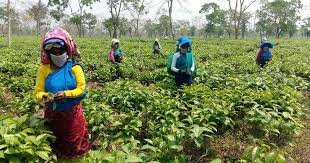 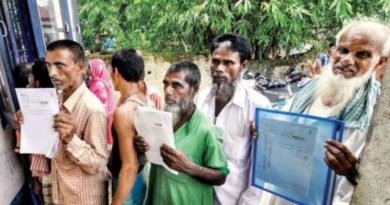 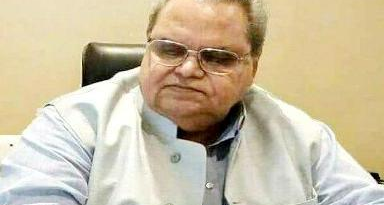