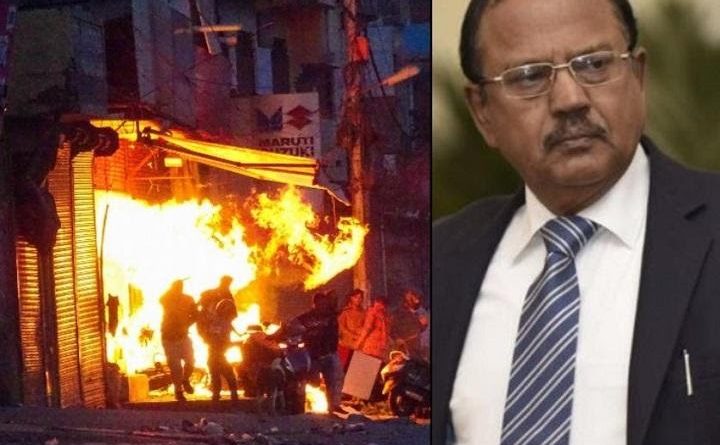 PRIME Minister  Narendra Modi has mandated National Security Advisor (NSA) Ajit Kumar Doval to ensure restoration of peace and communal harmony in North-east Delhi’s riot affected areas following clashes between supporters of CAA and those who opposed it. At least 24 persons are confirmed dead due to the violence in the areas close to Uttar Pradesh border following which border with UP has been sealed and additional security forces has been deployed. Doval, a former IPS Officer, along with some officials on Wednesday, February 26 went around the areas on foot, spoke to local people and assured them that the Government is committed to protect them and their property. Retiring Delhi Police Commissioner Amulya Patnaik told ANI that normalcy has returned in North-East district to a large extent. “Senior officers are on rounds, extra forces have been given and lot of confidence-building measures are being undertaken,” he said. Additionally, police along with central paramilitary forces conducting extensive patrolling by foot and vehicles, which has helped in normalising the situation on the Road no 66, Bharampuri road, Ghonda road of PS Jaffrabad, Welcome and Bhajanpura. Meanwhile, a video emerged showing the Delhi Police announcing in Seelampur that given the imposition of Section 144, people should not be visible on streets. “Abhi tumhe pyar se bataya jaa raha hai, phir sakhti se bataya jayega. Dukane bandh kardo yahan (You are being told nicely now, but we will act in a strict manner later. Shut the shops),” it was announced. After watching the videos of ‘hate speeches’ by some BJP leaders, the Delhi High Court while hearing the matter of incidents of violence in the capital said, “We can’t let another 1984 happen, not under watch of this court. “The plea sought FIRs against those who instigated violence in Delhi. The court observed that “it was time to provide Z-level security to citizens, as it was for everyone”. The Bench also said that Chief Minister Arvind Kejriwal and Deputy Chief Minister Manish Sisodia should visit the affected areas “for confidence-building among people”. The court said that the death of an intelligence officer in Chand Bagh is “very unfortunate”. The Bench asked the highest functionaries in state and central governments to personally meet the victims and their families has taken exception to attempts by Congress. AAP and some other parties to politicize the riots saying “Instead of helping bring normalcy, they (Congress) are only doing politics. Restoration of peace and the stopping of violence is our top priority. “Reacting to Congress’ charges against Home Minister Amit Shah, Information & Broadcasting Minister Prakash Javadekar said, “He took a meeting yesterday, which had other party representatives. Continuously, Amit Shah worked towards giving directions to the police.” He also slammed Rahul Gandhi for his absence from the press conference. The investigation will reveal how the riots started, how they were planned and who are the perpetrators. Adding that those found guilty will be duly punished, he told media that Congress was in power when there were   1984 Sikh riots following the assassination of Indira Gandhi and the then prime minister Rajiv Gandhi had supported the perpetrators. Union Minister for Law & Justice Ravi Shankar Prasad said the Congress party’s unwarranted comments on communal violence would affect the morale of the police forces. (edited by PK Chakravarty with courtesy to ABP news) 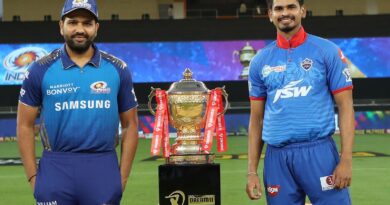 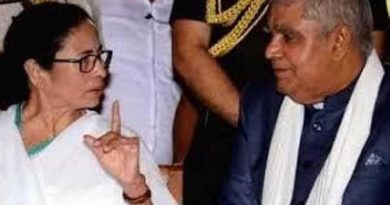 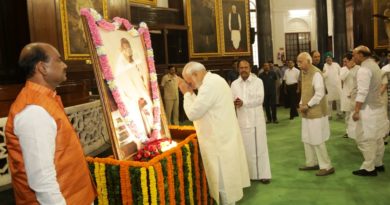