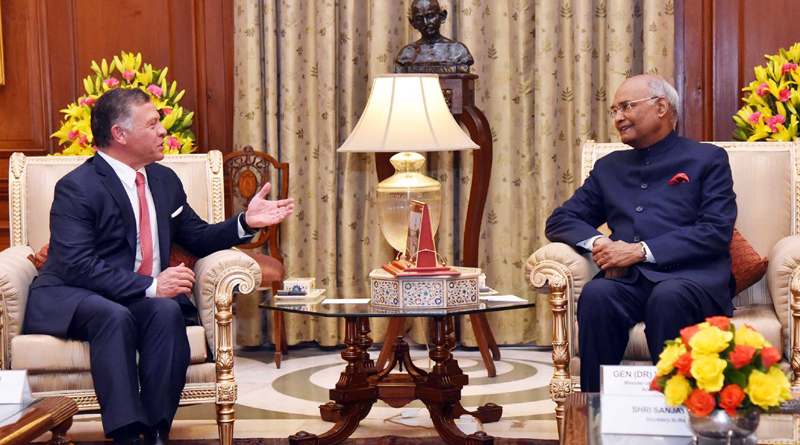 PRIME Minister Narendra Modi and Jordan’s King Abdullah II bin Al-Hussein, claimed to be the 41st direct descendent of Prophet Muhammad, has condemned terrorism and radicalism in the name of religion. The king, 56,heading a constitutional monarchy in the Sunni Muslim dominated nation and credited with reforming his  country’s  economy , shares  PM Modi’s view that there is an urgent need for countering  the mindset on violence with modernisation of religious education. Speaking on “Islamic Heritage: Promoting Understanding & Moderation” at a meet in New Delhi ,PM  Modi reiterated that action against terrorism, extremism and radicalisation is not against any particular religion, but is countering a mindset that misleads the youth to indulge in  committing atrocities on innocents. Those who perpetrate crimes against humanity do not realise that they undermine the religion in whose name they claim to stand for, Modi said and the need for a balance of religion and modern education to counter radicalisation. Modernity with tradition goes hand in hand. Complete welfare and inclusive development is possible only when the Muslim youth have a Quran in one hand and computer in the other, The PM said.“Islamic culture is flourishing across India. The influence of Sufism spreads the message of love, peace and brotherhood. The Government of India is leaving no stone unturned in empowering the Muslim youth. We want them to have the Quran in one hand and a computer in the other… All sects, communities, traditions promote human values. That is why it is imperative for the youth to be associated with humanitarian part of Islam on one side and using the modern science, technology for their growth on the other side,” Modi said. Terming India as a cradle of all major religions in the world, Modi added Indian democracy is a celebration of age-old pluralism. “Pluralism is what makes India. Our diversity strengthens us. This is the land where people of various faiths and beliefs happily coexist, guided by universal values of harmony and togetherness,” the PM said. Delivering a special address, the Jordanian King said the global war against terror is not a fight between different religions but between moderates of all faiths, communities and against extremists who spread hatred and violence. “We need to recognise and reject the misinformation certain groups promote about Islam, or any religion. We need to take back the voice of hatred from airwaves and internet and from those who have victimised our world not only with bombs and terror but also with ignorance and lies,” King Abdullah said. He stressed faith should hold humanity together and mentioned inclusion as path to co-existence. “We need to make the youth understand and learn values of religion…Different ethnic groups have lived in unity for years. Faith allows us to prosper and thrive… The world is one big family and we have shared responsibilities. Both Muslims and Hindus live together. Our values require us to act together for our future, share ideas and build successful countries. Let’s all reach out to each other, Muslim or non-Muslim to ensure no one is excluded from the promise of prosperity and peace,” King Abdullah added. After the speeches, Modi presented King Abdullah the Urdu translation of a book titled ‘A Thinking Person’s Guide to Islam’ by Prince Ghazi bin Muhammad bin Talal of Jordan, who is a cousin of the King and also serves as Chief Advisor for Religious and Cultural Affairs. He said the book will prove to be of great use for curious minds who wish to know about Islam. After PM Modi and the Jordanian King had  bilateral dialogue ,the two countries  sides signed 12 pacts, including one on framework on defence cooperation in military training, counter-terrorism, cyber security among others.“Terrorism is a matter of great concern for both sides and it was discussed at length,” said TS Tirumurti, Secretary (Economic Relations) in Ministry of External Affairs. The Abdullah, who is himself a qualified paratrooper and a Cobra helicopter pilot, had also visited the National Security Guard training centre in Manesar and witnessed the counter terror operations drill. He also witnessed a demonstration of Advance Light Helicopter, Dhruv.Other agreements related to cooperation in culture, heritage, health and medicine, setting up of Centre of Excellence (COE) in Jordan, long term supply of Rock Phosphate and Fertilizer/NK, mass communication, customs mutual assistance and visa waiver for diplomatic and official passport holders. India has committed to provide a fresh aid of 5 billion US Dollars in the form of vaccines and medicines for the refugees .New Delhi last year had given a donation of $2 billion USD to Jordan for the same cause. The King had also called on President Ramnath Kovind and Vice President M Venkaiah Naidu. 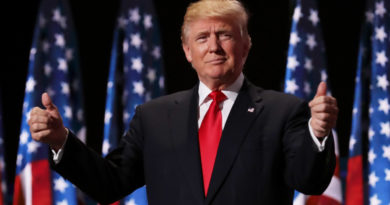 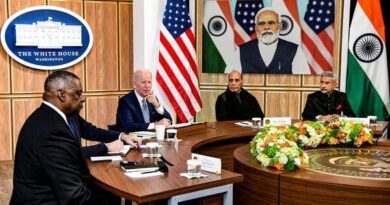 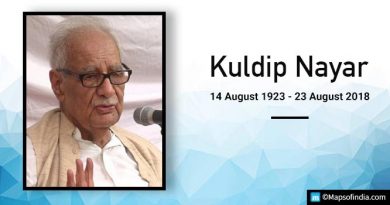