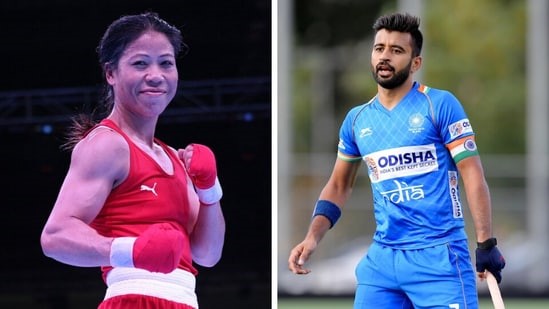 INTERNATIONAL Champion boxer MC Mary Kom and Indian men’s hockey team captain Manpreet Singh have been named flag bearers of the 200-strong Indian contingent in the opening ceremony of the Tokyo Olympics on the 23rd of July. The Indian Olympic Association has also confirmed that champion wrestler Bajrang Punia will be the flag bearer of the Indian contingent at the closing ceremony on the 8th of August. Mary Kom will be participating in her second Olympics. She won the bronze in the 2012 London Games but failed to qualify for the 2016 Rio Games. Manpreet will participate in his third Olympics. Incidentally, India for the first time will have two flag-bearers — one male and one female– to ensure “gender parity”. The IOA has communicated the decision in this regard to the Organising Committee of the Games. The contingent comprises 56 percent male and 44 percent female athletes. It would be a huge moment for me given that it is my last Olympics. Who knows I might even get emotionally overwhelmed,” Mary Kom told PTI. “I am honoured to get this opportunity of leading the team out during the opening ceremony. It would be an added motivation. I promise to do my best for a medal,” she said. Manpreet Singh said, “I think it’s a huge honour to be named the flag bearer for the opening ceremony alongside the incredible Mary Kom. I have always been inspired by her journey in boxing and personally, for me, this is a big moment in my career, and it is also a huge moment for hockey. I thank the Indian Olympic Association for this great opportunity, and I am looking forward to the responsibility at the Opening Ceremony in Tokyo’’. Thomas  Bach, International Olympic Committee (IOC) chief, said ‘’we have had made provisions for flag-bearers from both genders at the opening ceremony. The IOC Executive Board has decided that there should be for the first time ever at least one female and one male athlete in every one of the 206 teams and the IOC Refugee Olympic Team participating at the Games chief Thomas Bach had said. Edited by PKC 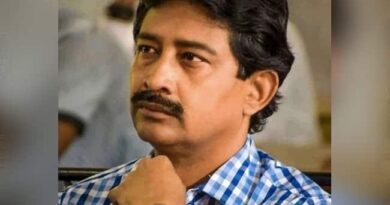 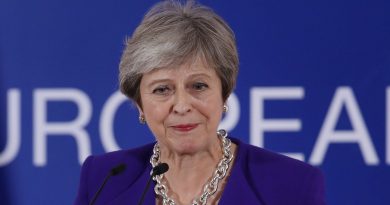 THERESA May Burning Midnight Oil To Ensure BREXIT As Scheduled 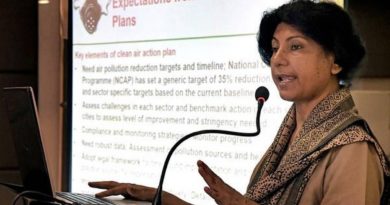