President Ram Nath Kovind has virtually conferred the National Sports and Adventure Awards 2020 on the occasion of National Sports Day in the presence of  Union Minister for  Youth Affairs and Sports  Kiren Rijiju, President of the Indian Olympic Association Narendra Dhruv Batra and several other dignitaries in  New Delhi. 65 awardees attended the ceremony from  Bengaluru, Pune, Sonepat, Chandigarh, Kolkata, Lucknow, Delhi, Mumbai, Bhopal, Hyderabad and Itanagar. Awards are presented for excellence in varied branches of sports annually on the birth anniversary of hockey wizard  Major Dhyan Chand to the sportspersons adjudged outstanding over a period of four years preceding the award by experts committee instituted for this purpose. Arjuna Award is given for consistently outstanding performance for four years; Dronacharya Award goes to coaches for producing medal winners at prestigious international sports events; Dhyan Chand Award is for lifetime contribution to sports development and Rashtriya Khel Protsahan Puraskar is given to the corporate entities (both in private and public sector) and individuals who have played a visible role in the area of sports promotion and development. Overall top performing university in inter-university tournaments is given Maulana Abul Kalam Azad (MAKA) Trophy. In addition to these Sports Awards, the spirit of adventure among the people of the country is recognized by bestowing the Tenzing Norgay National Adventure Award. “I am very happy that the awards ceremony is taking place during the National Sports Day in spite of the COVID situation. The Sports Authority of India has taken a very positive decision to host the ceremony virtually despite all odds,” mentioned para-athlete Sandeep Chaudhary, one of the Arjuna Award recipients. Another recipient of the prestigious award is  Table Tennis player Manika Batra given Khel Ratna Award, two years after receiving the Arjuna award.  “We have to accept the fact that the pandemic has brought life to a standstill but I am no less excited about this ceremony,” said the star paddler. Kuldeep Handoo, National Wushu team coach and a recipient of the Dronacharya award praised the organizers for conducting the ceremony with finesse. “I salute Kiren Rijiju sir that even during such a time, a well-arranged function is being conducted. When I was in the dress rehearsal, it seemed very simple but it definitely is not easy to organize with such technical accuracy. Connecting all the awards winners online from various States of the country with the President is definitely a tedious work. Hats off to the team working behind it!” the J&K based coach stated. Assam pugilist and upcoming superstar of Indian boxing, Lovlina Borgohain, meanwhile is looking forward to getting a photo clicked with the President of India after the situation becomes normal. “I’m looking forward to winning a medal at the Olympics and this will definitely fulfill my aim of getting a photo clicked with the President of India!” Lovlina said. 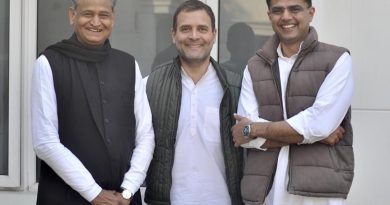 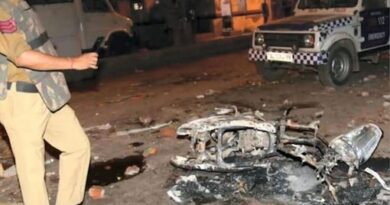