Information and Broadcasting Minister Prakash Javadekar and Health and Family Welfare Minister Dr. Harsh Vardhan on Monday, June 29, paid rich tributes to Dr. Prasanta Chandra Mahalanobis on National Statistics Day. In a tweet, Javadekar recalled the notable contribution made by Prof. Mahalanobis in the field of economic planning and statistical development. Dr. Harshvardhan said this day is being celebrated as the birth anniversary of Prof. Mahalanobis. Statistics play an important role in the formulation of policies and plans needed for the development of the country. A webinar was organised on National Statistics Day. He made indelible contribution as a Member of the first erstwhile Planning Commission. National Statistics Day is celebrated on June 29 across the country on the birth anniversary of Prasanta Chandra Mahalanobis, (1893-1972) who was a world-renowned statistician whose invaluable contributions led to the establishment of National Statistical System in India. He is also called the father of Indian Statistics. The theme this year for the day is Sustainable Development Goals, ensuring healthy lives and promoting well-being for all and Sustainable Development Goals, achieving gender equality and empowering all women. This year the day was celebrated virtually due to the pandemic outbreak. Mahalanobis, born in Kolkata on June 29, 1893 and breathed his last in the same megacity on June 29,1972, had studied at Brahmo Boys’ School after which he joined Presidency College in Calcutta. His contributions are massive in academics as the founder and builder of the Indian Statistical Institute. He is known as the organizer of the Indian statistical system, was a pioneer in the applications of statistical techniques practically and is the architect of India’s Second Five Year Plan. He as a statistician had designed large scale sample surveys for the commission and the country. Prasanta Chandra Mahalanobis’ actual surname was “Bandyopadhyay”. As early as six generations before, Guru Charan Mahalanobis had started using the surname Mahalanobis. He was appointed to keep the accounts of land and land revenue of Mahal of ancient Bengal. They knew him as Nauvice meaning scribe of Mahal in Persian language. He was honoured by the government by recognizing him as the Father of Indian Statistics. This year the celebration would be held through a video conference. Professor Bimal Roy, Chairman of National Statistical Commission, Dr. Preeti Sudan, secretary of Ministry of Health and Family Welfare, Dr. Sanghamitra Bandyopadhyay, Director Indian Statistical Institute, International participants from UN Women, UN ESCAP, and others will be joining the video call to mark the day. n the 1950s, Mahalanobis played a critical role in the campaign to bring India its first digital computers. Mahalanobis had an abiding interest in cultural pursuits and served as secretary to Rabindranath Tagore, particularly during the latter’s foreign travels, and worked at his Visva-Bharati University and at IMD at Kolkata. He was honoured with Padma Vibhushan by the Government in recognition of his contribution to science and services to the country. Cambridge educated Prof Mahalanobis’ relationship with Tagore family dated back to the days of his grandparents. Tagore was like a friend, philosopher and guide to him and his family said his biographer. (edited by PKC.image courtesy: BHABANA) 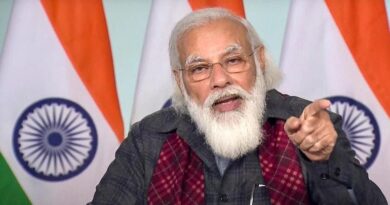 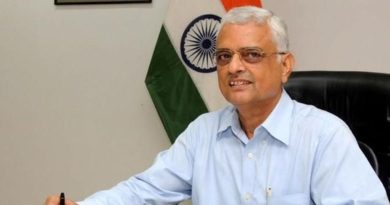 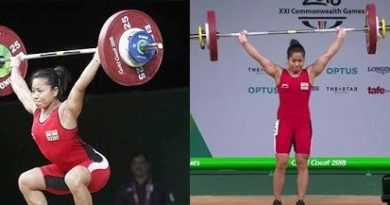 INDIAN weightlifters resolve NOT to use Chinese made equipment, Olympic Association of India also proposing to boycott Chinese products