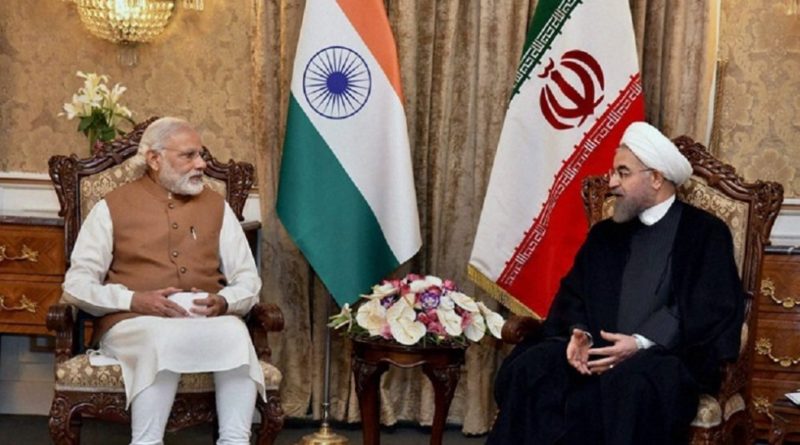 THE Union Cabinet has endorsed three Memorandum of Understandings initialled between India and Iran after bilateral meet between Prime Minister Narendra Modi and Iranian President Dr Hassan Rouhani in New Delhi  on February 17. These are on cooperation in the field of Health and Medicine, agriculture and related sectors and avoidance of double taxation. The MOUs were signed during three-day visit of the Iranian President to India for encouraging cooperation between the two countries and strengthening bilateral ties between them. As per the MOU on health sector, there will be cooperation, exchange of experience in training of medical doctors and other health professionals. Other areas include assistance in development of human resources and setting up of health care facilities; regulation   of pharmaceuticals,   medical   devices   and   cosmetics   and exchange of information thereon, cooperation in the field of medical research, new technologies and knowledge based initiatives; Public health, Sustainable Development Goals (SDGs), and cooperation in international health; and Any other area of cooperation as may be mutually decided upon. A Working Group will be set up to further elaborate the details of cooperation and to oversee the implementation of this MOU. The MOU on agriculture sector provides for cooperation in the areas of agricultural crops, agricultural extension, horticulture, machinery, post harvest technology, plant quarantine measures, credit and cooperation.  It also provides for cooperation in soil conservation and water management, integrated nutrients management, seed technology and agricultural marketing. Livestock improvement, dairy development, animal health and other fields as mutually agreed upon fall within the scope of this MoU. Cooperation will also be effected through exchange of experts, materials and information, exchange of trainees and scientists on study visits, training programmes, facilitation of relevant conferences and workshops and any other means as may be mutually agreed upon. Under the MoU, a Joint Working Group (JWG) will be formed to monitor the activities carried out in fulfilment of this MoU. The JWG will hold its meeting alternately in India and Iran once in every two years. The MoU will be valid initially for a period of five years and will be automatically extended for a subsequent period of five years unless either party notifies the other party of its intent of terminating it. As per The Memorandum of Understanding on the health sector, the two ancient nations will enhance bilateral cooperation in the areas of Traditional Systems of Medicine. This will be of immense importance to both countries considering their shared cultural heritage. India is blessed with well- developed systems of traditional medicine including medicinal plants, which hold tremendous potential in the global health scenario. India and Iran share several common features in their language. Cultures and traditions and also share a common legacy of using herbal medicines. Both countries are having huge biodiversity and home for rare medicinal plants which are frequently used in Traditional Systems of Medicine. Moreover, Iran has endorsed the status of India as a true leader in the field of Traditional Systems of Medicine backed by huge and strong infrastructure and “State of the Art” production units. The Ministry of AYUSH, Government of India having the mandate to promote, propagate and globalize the Traditional Systems of Medicine including Ayurveda, Yoga and Naturopathy, Unani, Siddha, Sowa-Rigpa and Homoeopathy, has taken effective steps by entering into MoU with China, Malaysia, Trinidad & Tobago, Hungary, Bangladesh, Nepal, Mauritius and Mongolia for cooperation in Traditional Medicine. Another MoU is proposed to be signed with Sri Lanka. The Agreement will stimulate flow of investment, technology and personnel from India to Iran & vice versa, and will prevent double taxation. The Agreement on avoidance of double taxation will provide for exchange of information between the two Contracting Parties as per latest international standards. It will thus improve transparency in tax matters and will help curb tax evasion and tax avoidance. The Agreement is on similar lines as entered into by India with other countries.  The proposed Agreement also meets treaty related minimum standards under G-20 OECD Base Erosion & Profit Shifting (BEPS) Project in which India participated on an equal footing. In so far as India is concerned, the Central Government is authorized under Section 90 of the Income Tax Act, 1961 to enter into an Agreement with a foreign country or specified territory for avoidance of double taxation of income for exchange on information for the prevention of evasion or avoidance of income-tax chargeable under the Income-tax Act, 1961. 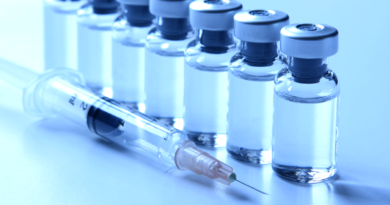 ﻿Johnson & Johnson Emerges In The Race For COVID 19 Vaccine Trial 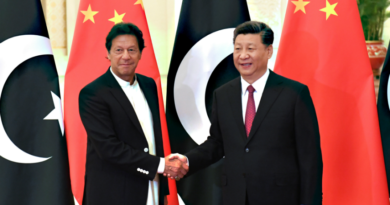 INDIA Objects to Kashmir Issue Raised by China In UNGA﻿ 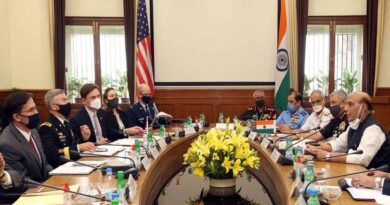