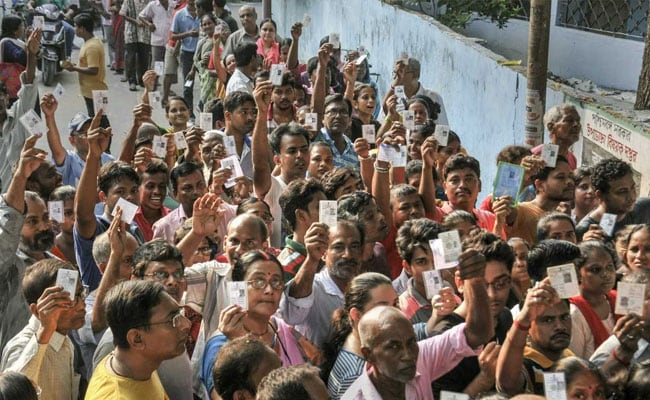 BJP has demanded repolling  in several constituencies  of West Bengal where poll related   violence  marred  polling   for the  on- going  Lok Sabha  elections and  also called for deployment of central forces till the model code of conduct is in force. A delegation of BJP  led by  Minister  for  Railways Piyush Goyal met  Election Commissioners of  India’s  official in New Delhi  to convey the demand. “We have met the Election Commissioners and informed them about the violence that had taken place in all the seven phases of the Lok Sabha polls and requested for re-polling in all the violence-affected constituencies,” Piyush Goyal told reporters after meeting Election Commission officials. He was accompanied by Defence Minister Nirmala Sitharaman and senior BJP leaders. They accused Bengal Chief Minister Mamata Banerjee of “threatening BJP candidates, poll agents and party sympathisers” .Go urged the ECI to take cognisance of the matter.”We saw incidents of violence took place till the last phase of polling. There is possibility of violence even after counting of votes. So, we have requested the Commission to deploy the central forces in Electronic Voting Machine strong rooms till the end of counting to allow free and fair counting,” he said.The said the central forces should be there till the model code of conduct is in force. The BJP leaders also appealed to the poll panel to ensure the sanctity of the counting process in Odisha, Karnataka, West Bengal, Madhya Pradesh and Chhattisgarh.”Independent observers must be sent to these states and CCTV cameras must be installed in all counting stations in the five states,” he said. The constituencies included   Diamond harbour from where CM’s nephew Abhisekh Banerjee is seeking re-election and Dum Dum where the TMC candidate is   Saugata Roy.Meanwhile, prohibitory order under 144 Cr Pc has been promulgated in Bhatpara where post poll violence continues. Former TMC Minister Madan Mitra is among the candidates in the North 24 Parganas district   assembly constituency (pic courtesy: NDTV ). 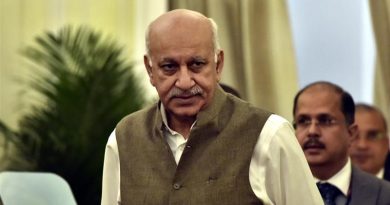 ME Too Movement: MJ Akbar, Journalist Turned Politician, Compelled To Resign As MOS For External Affairs 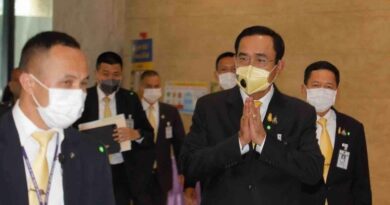 THAI PM Prayut is for resolving political unrest through dialogue 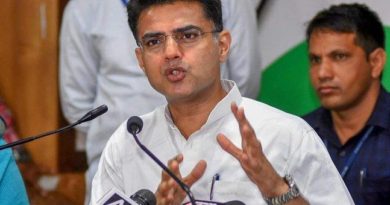