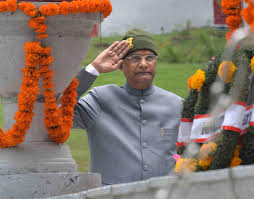 President Ram Nath Kovind, Vice President M Venkaiah Naidu, Prime Minister Narendra Modi, Defence Minister Raj Nath Singh and parliamentarians have commended the soldiers for valiantly fighting and protecting India’s territory at the cost of their lives in Jammu & Kashmir’s Kargil district 20 years ago. Infiltration of Pakistani soldiers disguised as Kashmiri militants into positions on the Indian side of the Line Of Control –LOC- demarcating the international border, was the cause of the war between the two nations from   3 May to 26 July 1999. As in previous years, Kargil Vijay Diwas was observed on July 26, 2019 across India to pay homage to the fallen heroes in the line of duty.”Kargil victory was symbol of India’s might, determination and capability,” Prime Minister Narendra Modi said at Kargil commemorative event in Delhi on Saturday, July 27. “Wars are fought not by governments but by whole country,” Modi added.

Recalling his visit  to Kargil during the war and narrating the tales of bravery, PM Modi said “I had gone to Kargil 20 years ago when war was at its peak, the enemy was playing its games sitting on high peaks. Death was staring in the face…yet our Jawans carried the tricolor and reached the valley before anyone,” Modi said.

The sphere of war has broadened in contemporary times to add the terminologies like space and cyber wars. He also emphasized the importance of the advancement of defence to tackle these new threats.”Today wars are fought even in cyber world. So, modernization of defence forces is not only necessity but also our priority,” PM Modi said. He and Defence Minister Rajnath Singh were at Indira Gandhi Indoor (IGI) stadium for Kargil Vijay Diwas commemorative function.PM Modi also met G L Batra, father of Captain Vikram Batra, who was awarded the Param Vir Chakra, posthumously in recognition of his valour during the war. 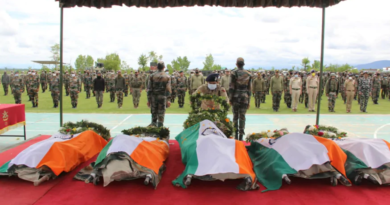 5 Security personnel killed in an encounter with terrorists in North Kashmir: PM Modi leads the nation in paying homage to the martyrs 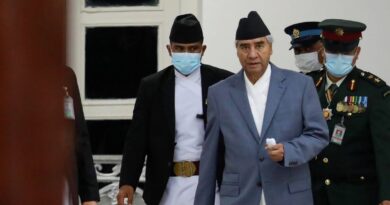 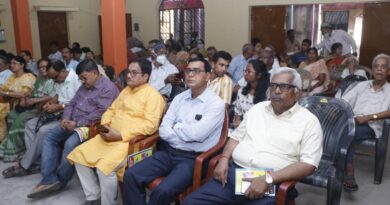