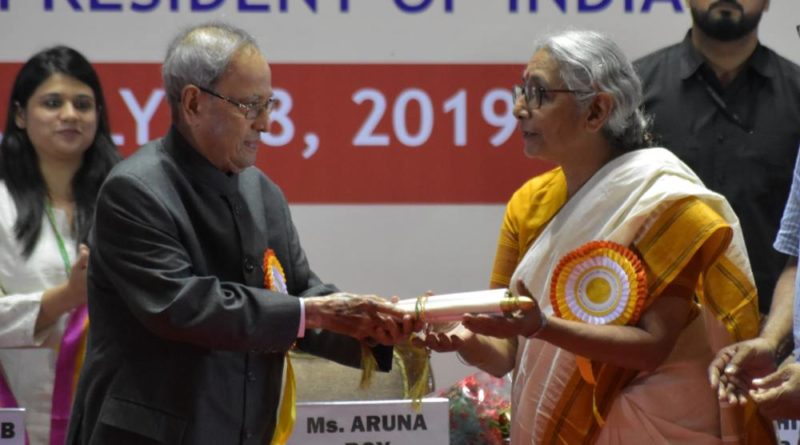 The sixth Dr. Paulos Mar Gregorios award 2019  was awarded on Sunday ,28th July  to Social activist and pioneer of RTI movement in India Ms. Aruna Roy,73, and her organisation Mazdoor Kisan Shakti Sangathan (MKSS) by former President Pranab Mukherjee. The prestigious award has been instituted by Sophia Society, Delhi, an organisation under the aegis of the Delhi Diocese of the Orthodox Church in India also called the Malankara Orthodox Church.

Speaking at the event as the Chief Guest former President Pranab Mukherjee said “before the recent amendment, RTI was a quality piece of legislation which was born from the experience of Aruna Roy and her colleagues in MKSS.” “India is an ideal that is fulfilled by various diversities, it cannot be compartmentalized and straight jacketed,” Mukherjee said. Calling RTI a quality piece of legislation, he said democracy has taken a new dimension and if the democracy is to be successful, it must not be confined to just the lawmakers.“Majority in the Parliament is not everything,” Mukherjee said calling upon governments to take everyone along. He reminded that in India no government is elected by the majority of the electorate, the governments must take the majority which did not vote for it also along.  Delivering the key note address on the occasion, Member of Parliament and former Union Minister Dr. Shashi Tharoor said the notion of majority and minority is non-Indian. “Any narrow definition of Indians is an insult to Indianness. Everyone is a minority in India. It’s in the acceptance of our differences that make us truly Indian. Everything about India is plural,” Dr. Tharoor said.Receiving the award, Aruna Roy said she was pained by the recent amendments in the RTI Act. “Paradise can be lost, we realized it a few days back,” she said. I receive this award because it recognizes the thousands and lakhs of citizens who struggle to assert their rights, she added. Supreme Head of the Indian Orthodox Church Catholicos His Holiness Baselios Mar Thoma Paulose II chaired the event.Fr. Dr. K M George, former principal of the Orthodox Theological Seminary and founder member of the Sophia society, Current metropolitan of the Delhi His Grace Youhanon Mar Demetrios was also present on the occasion. The event was held in the Jawaharlal Nehru Sports Complex, Delhi on Sunday.

Brief Profile on the Awardee:

Aruna Roy,born in Chennai to Hema and Elupai Doraiswami Jaya Raman and a post graduate in English literature from Delhi’s  Indraprashtha College affiliated to University of Delhi,  is a socio-political activist and Founder-Member MKSS and NCPRI, and the School for Democracy. She was with the Indian Administrative Services from 1968-1975. In 1975 she came to Ajmer District, Rajasthan to work with the rural poor. In 1987 she moved to live with the poor in a village  in Devdungri, Rajsamand District in Rajasthan. In 1990 she was part of the group that set up the Mazdoor Kisan Shakti Sangathan (MKSS). She has worked for accessing constitutional rights for the poor – Right to Information, Employment, Food Security etc.  She was a member of the National Advisory Council from 2004-06, 2010-13. 2014. She was a member of the steering committee of the Open Government Partnership (OGP) till 2014. She is President of the National Federation of Indian Women (NFIW).She was the 2016 Professor of Practice at McGill University ISID, Montreal, Canada, and the 2016George Soros Visiting Practitioner Chair in CEU, Budapest. Awards include the Ramon Magsaysay Award in 2000, the Nani Palkiwala Award and the Lal Bahadur Shastri National Award. She was listed as one of the 100 most influential people in the world by the TIME Magazine for 2011. 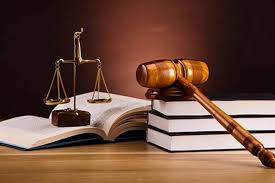