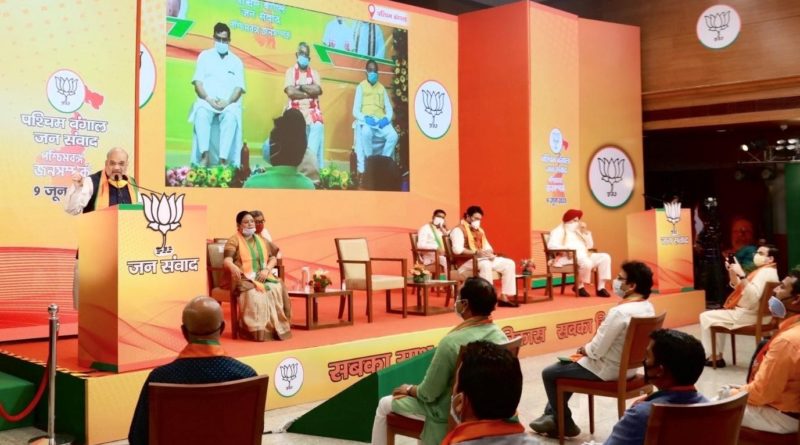 AMIDST accusations made by the BJP leaders and workers that they are being prevented from reaching out to the recent Amphan affected people with relief materials and cadres being attacked in Bengal, Home Minister  Amit Shah on Tuesday, June 09 slammed the Mamata Banerjee government over the political killing. Amit Shah said that Mamata Banerjee keeps asking for the account of the Modi government’s work. “I have come here with all the details,” he said. “She (Mamata) should address a press conference and present the account of her government’s 10 years works,” he said. Addressing a virtual rally, Amit Shah who had played a major role in the state’s 2019 Lok Sabha poll as the National  President of the  BJP, said  “BJP will never forget the sacrifices of workers” and promised to return the glory of the state. He also spoke about the measures taken by the Modi government for the welfare of the poor. He blasted CM Mamata Banerjee for not allowing the implementation of ‘Ayushman Bharat’ health scheme for the free treatment of the BPL persons with an annual income up to  INR 5 lakh. “Do the poor people of Bengal have no right to receive free and quality treatment? Why then, would you not allow the Ayushman Bharat scheme in WB? Mamata ji, stop doing politics on the rights of poor people. You can do politics on a lot of other issues, but not on poors’ health,” he said. Referring to  Mamata Banerjee’s opposition to the CAA, Amit Shah said that the CM should come clean why she is opposing the law. “It will cost you dearly. What is your problem if Namshudras and other economically backward communities live respectfully in the country? People of Bengal are asking you this question as well. You will have to answer,” he said. ‘Bengal is the only state where communal violence is still ongoing. It should stop. I assure you that BJP isn’t here just to bring a revolution or do politics, but also build a cultural and traditional Bengal again. We want to create Sonar Bangla again. We have zero-tolerance towards terrorism. The Abrogation of  Article 370 from the Constitution of India was a step to unify the nation. In six years, the Modi government has taken India forward in every sphere. In six years, we’ve moved forward in creating New India. The day BJP forms government in Bengal, we will implement Ayushman Bharat scheme within moments,” says Home Minister. The NDA government is providing cash to Kisans through banks. But the Bengal government despite reminders is not sending the list of the eligible people to the centre, he added. People are fed up with corruption and maladministration in Bengal, said HM Amit Shah who is expected to play a major role in 2021 assembly elections as he is conversant with its geopolitical scenario. “I am requesting Mamata Ji again – if you send us the list of farmers, we will send them Rs 6,000 each. Why are you stopping your farmers from receiving help from the government?” he said. While democracy has strengthened its roots and has been consolidated in the entire country, West Bengal remains the only state where political violence is propagated. “Bengal is the only state where communal violence still continues. It should stop”. The BJP last week released a “nine-point charge sheet” against Mamata Banerjee’s rule over the past nine years. It has recently floated a social media drive christened ‘Aar Noi Mamata’ (no longer Mamata’s rule). The saffron party is planning to conduct more than 1,000 virtual rallies, covering every nook and corner of the state, says BJP source. 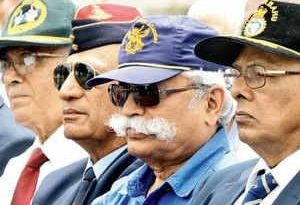 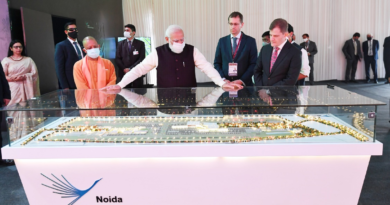 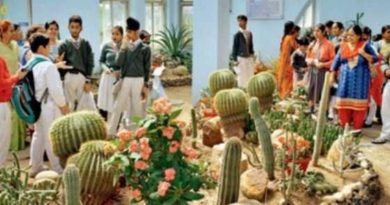