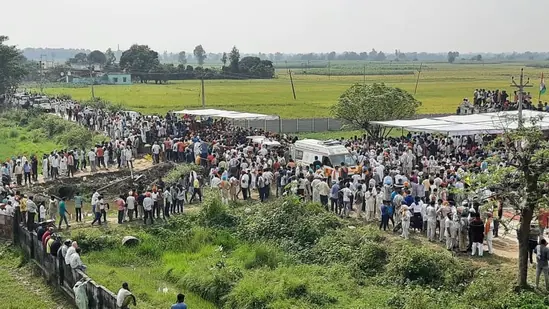 The Yogi Adityanath government has announced to give Rs 45 lakhs and government jobs to the families of the four farmers who died in Lakhimpur Kheri on October 3. The violence has triggered a political slugfest with the Opposition parties trying to corner the Yogi Adityanath-led government ahead of the assembly election even as the chief minister has promised to punish the guilty, registered FIR against the alleged Union Minister of State for Home  Ajay Mishra and his son Ashish Mishra. Mos and his son have denied the allegation. The injured will be given Rs 10 lakhs. FIR was registered based on farmers’ complaints. A  retired high court judge will probe the matter,  ADG (Law & Order) Prashant Kumar, announced in Lucknow. The ruling party claimed 3 BJP Karyakartas, one driver one journalist who was brutally lynched during the agitation. Members of Women Congress, All India Kisan Sabha& All India Democratic Women’s Association staged a protest outside UP Bhawan in Delhi on Monday to protest Lakhimpur Kheri violence. AICC General Secretary Priyanka Gandhi Vadra was detained on way to the violence that rocked the site. Former Uttar Pradesh Chief Minister Akhilesh Yadav who had planned to visit the farmers in Lakhimpur Kheri was detained and was later released at his Lucknow house. His party workers had allegedly set afire one Police vehicle to empathise with the farmers. No opposition leader was allowed to visit  Lakhimpur Kheri district, Uttar Pradesh’s largest district on the border with Nepal, 130 km from UP’s capital at Lucknow. Congress workers and leaders demonstrated against atrocities of the farmers in Punjab, Haryana,  UP and Delhi during the day. ‘’ We condemn the unfortunate incident that happened at Lakhimpur Kheri…guilty should be arrested…I along with my ministers met Governor Banwarilal Purohit and gave him the memorandum to repeal the three farm laws”, said  Punjab CM CS Channi. Punjab’s Deputy CM SS Randhawa was detained in Lucknow to prevent him from Lakhimpur Kheri amid a report that BKU leader Rakesh Tikait and the state government have reached an agreement to defuse the volatile situation. Edited by PK Chakravarty 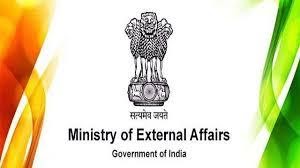 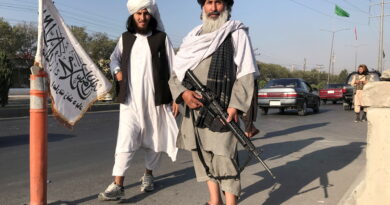 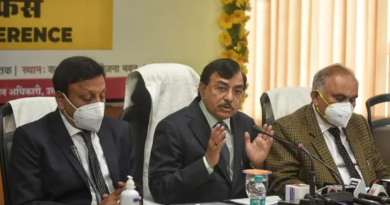 UP Election Expected On Time